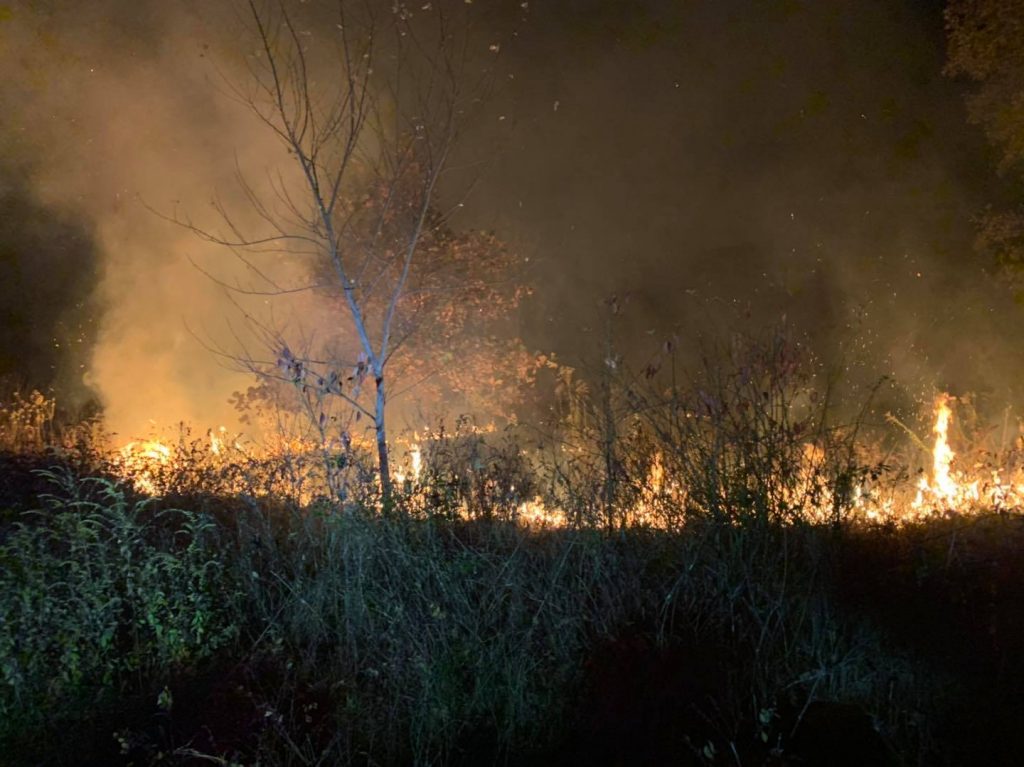 Six fire departments and the Missouri Department of Conservation responded to a fire north of County Road 6250 in southern Phelps County Saturday evening. Edgar Springs Fire Protection District Chief Ernie Coverdell reports the fire was of a suspicious nature and is being investigated further.

The Edgar Springs Fire Protection District was dispatched to the fire at 8:46 p.m. From the beginning, high winds and drought conditions were not in their favor. Protecting a home west of the fire was their first priority, though the volunteer firefighters also attacked the fire along the county road and on the east.

The wind direction changed several times, west, east and north, during the roughly seven hour battle, causing major problems in trying to get ahead of the fire. Fire Chief Ernie Coverdell made the decision to call for mutual aid from surrounding departments, and Licking, Rolla Rural, Doolittle, Lenox, and Duke Rural Fire departments all responded. Several citizens from the area also joined in the fight.

When the winds shifted again and began pushing the fire to the east, teams were unable to penetrate the thick brush in the wooded area on that side. Additional help was requested from the Missouri Department of Conservation, in the form of a bulldozer. The MDC dozer was able to cut a fire line, then firefighters did back burning from the fire line to the fire.

The fire traveled from County Road 6250, which is approximately four miles south of Edgar Springs, to the north and east. It was approaching Private Drive 6246 when it was contained. Approximately 150 acres were burned, but no structures were involved. The heavy smoke and glow of flames against the night sky kept the residents living nearby, just north and east of the fire, awake through the night, and some reported evacuating their homes. Many thanks were expressed to the firefighters via Facebook after the fire.

The National Drought Mitigation Center released U.S. Drought Conditions on October 15 that show Northern and Eastern Texas County in a moderate drought and Southern Phelps County abnormally dry. Winds were measured up to 15 mph in the area during the time of the fire.