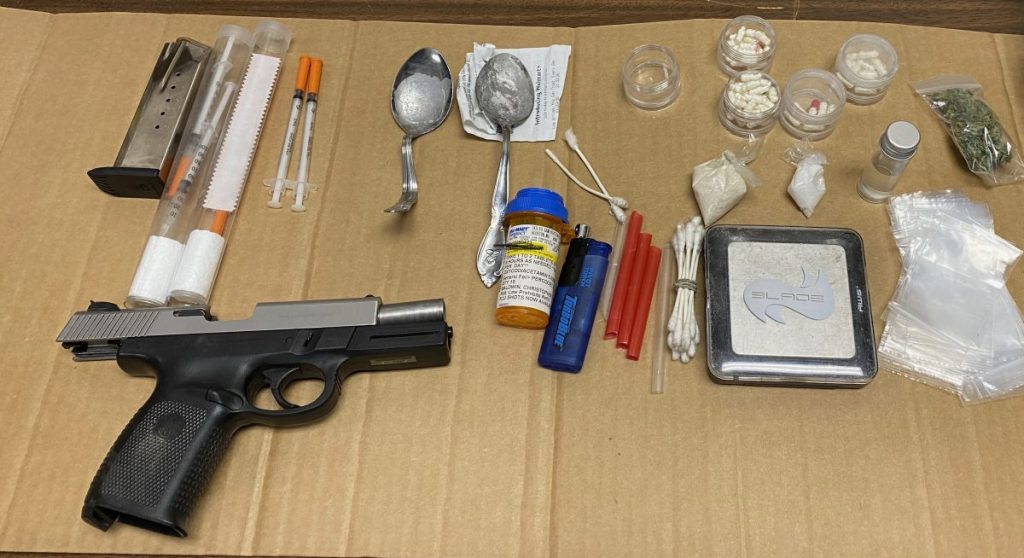 On the evening of October 24, 2020, Texas County deputies on patrol in the Licking area observed a vehicle parked in a drive just off of Highway 63. The deputy stopped to check on the driver and see if assistance was needed. During the contact deputies observed evidence of illegal drugs in plain view. A search of the vehicle led to the discovery of drug paraphernalia and substances believed to be Fentanyl and Methamphetamine. The subjects also had a loaded pistol in the passenger area of the vehicle.

Andrew B. Lewis, age 31, and Melissa Neal, age 39, both from Licking, were arrested along with Stephanie M. Hawkins, age 35, of Salem. The subjects were transported to the Texas County Jail and placed on 24-hour holds. Probable cause statements pending laboratory confirmation of the drug evidence are being submitted to the Texas County Prosecuting attorney seeking charges of distribution of controlled substances, possession of controlled substances, and illegal possession of a firearm. The Licking Police Department also assisted with the arrests.