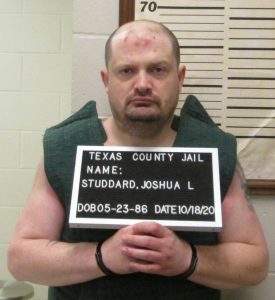 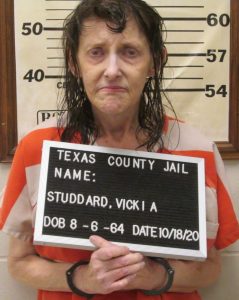 On October 18, 2020, at approximately 8:56 a.m., Texas County Deputies responded to a disturbance at a residence on P Highway in the Licking area. One of the subjects involved, admitted to having illegal drugs inside the residence. Deputies recovered crystal like substance believed to be methamphetamine. It was also reported that the male subject assaulted the female. Joshua Studdard and Vicki Studdard were arrested and transported to the Texas County Jail.