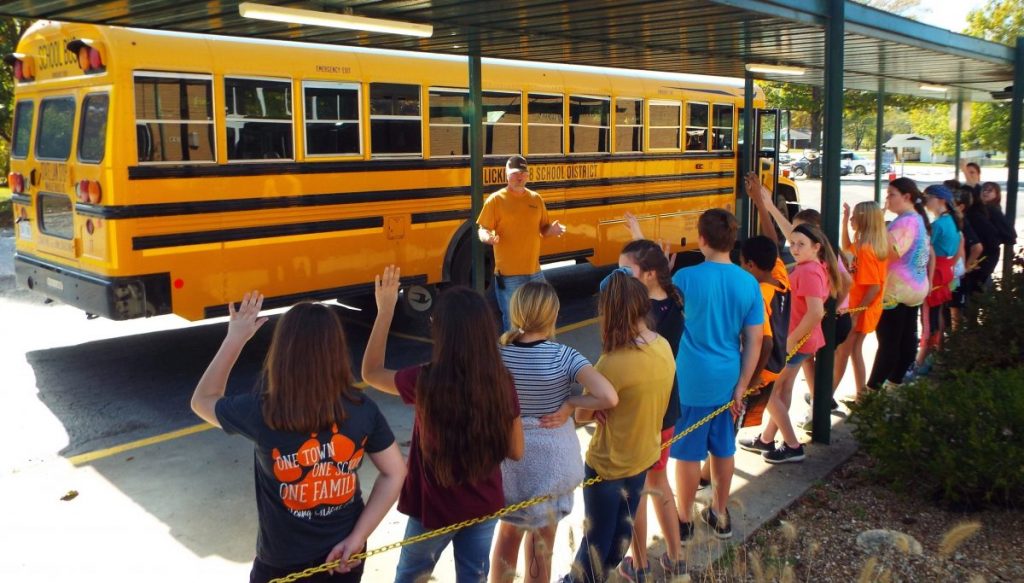 October 19 – October 23 was National Bus Safety Week, and Licking R-VIII was participating at the local elementary level. Teaching and reviewing school bus safety both inside and outside of the bus, Transportation Director Tony Huff got very specific when speaking with Ms. Medlock’s sixth grade students on Thursday.

Huff stated, “The general rule when outside the bus is: If you can’t see the bus driver, they can’t see you.” To maintain that sight, he explained the 10-foot rule, which is the distance to maintain away from the bus sides and front; the back is a no-walk zone. He followed with an exercise in distance.

He didn’t fail to mention the danger to students when other vehicle drivers do not stop when a bus is loading or unloading as required by law.

“One time a driver did not stop but was passing my stopped bus, and the student was crossing in front of the bus not making eye contact with me; before getting completely across the student looked up and thankfully stopped,” shared Huff. “It was a stressful, frightening few moments.”

Huff’s explanations answered the why and importance for the rules in place. The ultimate goal for the bus driver is the safety of the students he or she is transporting, with Huff emphasizing, “Nothing is worth YOU!” 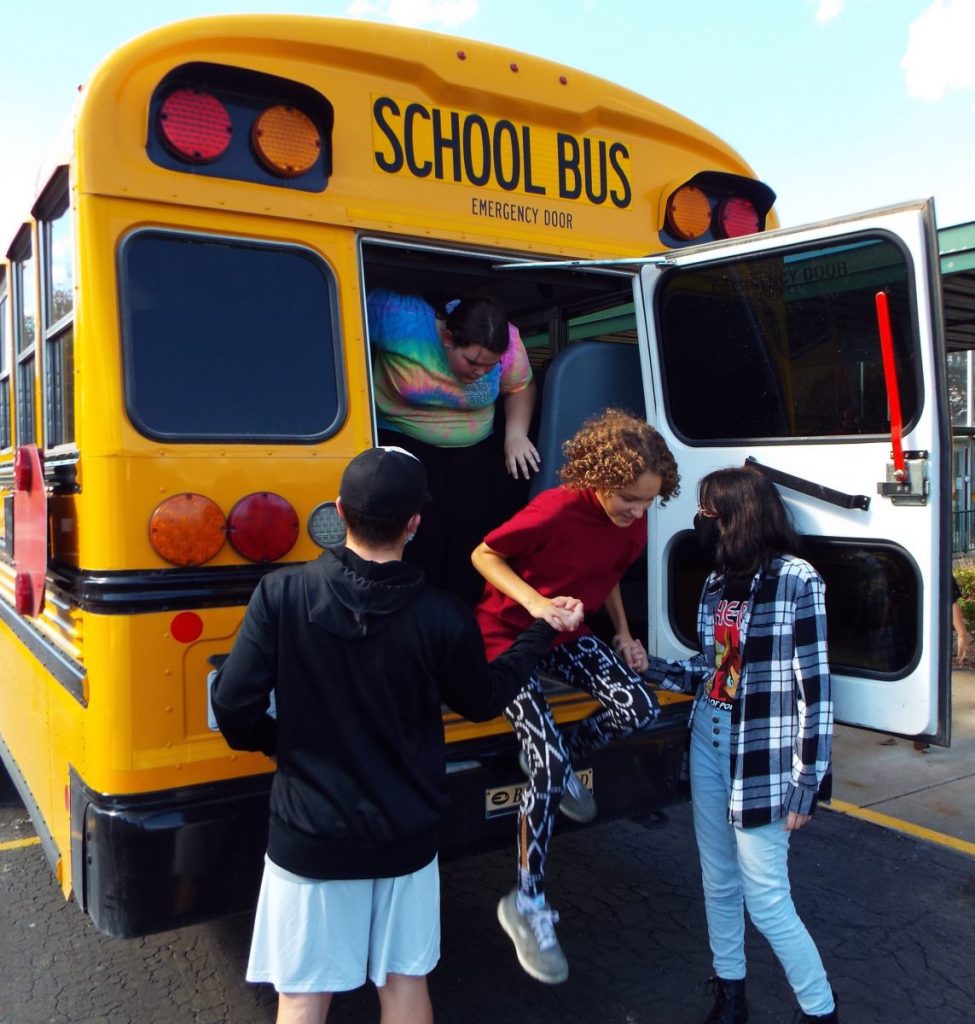 The students proceeded to load onto the bus, where classroom behavior rules prevail and the bus driver is in authority, followed by the bus captains. The mock bus captains on Thursday were Nissa Buchanan and Keyton Rinne. The bus driver is fully trained and bus captains are also trained in the placement of all emergency exits, emergency equipment, such as fire extinguishers, first aid kits, the radio and evacuation procedures. The captains’ skills are only utilized at the request of the driver or if the driver is incapacitated for some reason.

“Be a School Bus Safety Superstar!” goody bags were given at the end of the presentation.

The ultimate goal for school bus drivers and parents is a routine ride to and from school. But in the event of an emergency, the bus drivers are prepared and want the students to be prepared as well.