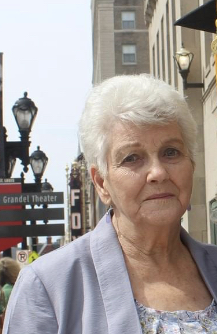 She was born in Edgar Springs on April 12, 1937, to the late William Henry Pendleton and Mayme (Mace) Pendleton.

In September of 1993, she married James Marsh who also preceded her in death in 2014.

Mrs. Marsh served as a volunteer for Phelps Health for twenty-five plus years.

She enjoyed fishing, and making and sending personal cards to friends and family.

She was also an animal lover. She was known for her generosity to family and friends. Linda was a member of the Edgar Springs Baptist Church since childhood.

In addition to her parents, and husbands, she was preceded in death by two brothers.

A funeral service for Linda Marsh will be held at 1 p.m., Wednesday, November 4, 2020, at the Null and Son Funeral Home in Rolla. Interment will follow in Ozark Hills Memorial Gardens Cemetery. A visitation for family and friends will be held prior to the service Wednesday beginning at 11 a.m. at the funeral home.

Memorial contributions are suggested to the Animal Rescue Clinic in St. James, Mo.

Online condolences may be offered at www.nullandsonfuneralhome.com

All arrangements are under the direction of the Null and Son Funeral Home in Rolla.