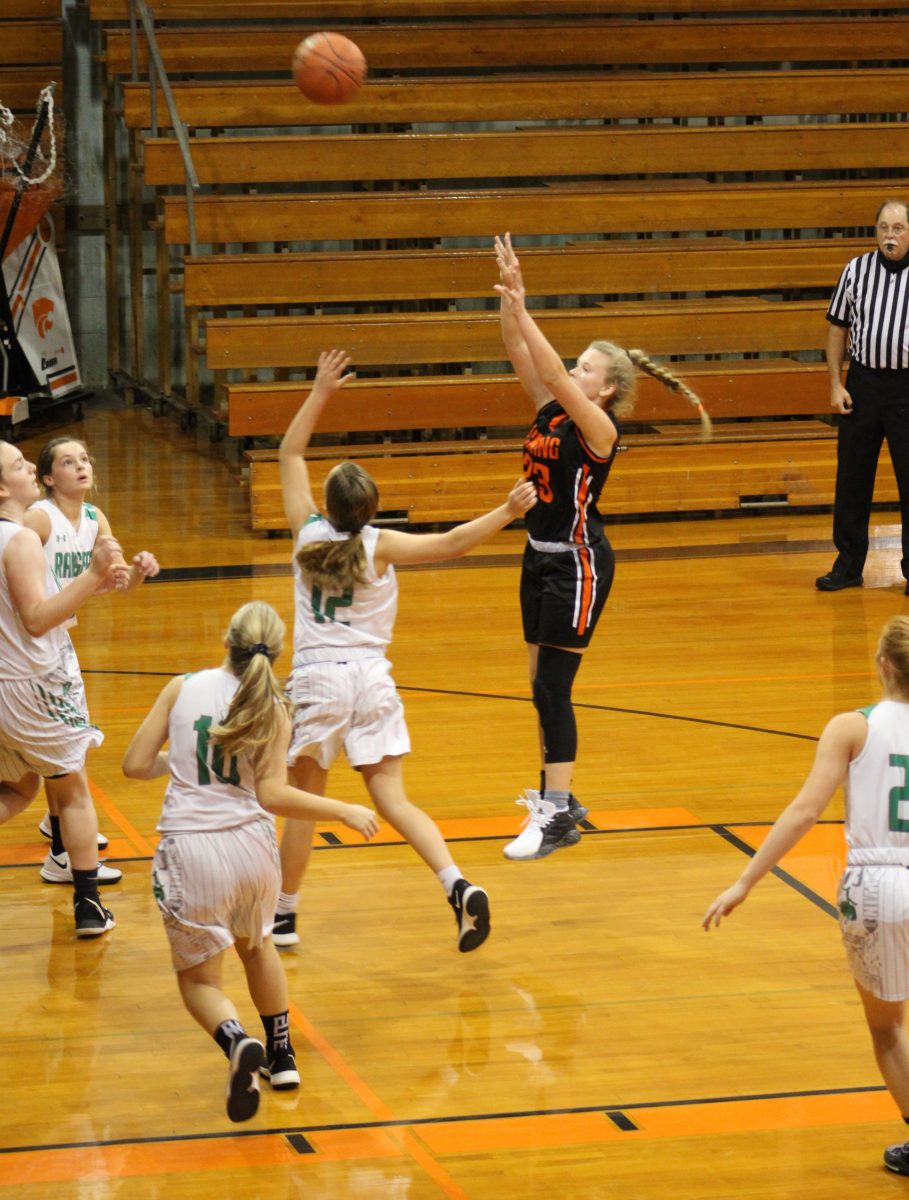 Photo by Shari Harris
Licking JH Lady Cat Allie Hock puts one up in a tough first half against the Iberia Rangers.

Licking hosted the annual Frisco League Junior High Girls Tournament the week of October 20. Due to low numbers and quarantines, the junior high girls only had a team in the “A” bracket of the tournament.

Seeded sixth overall, the Lady ‘Cats played third seed Stoutland in the first round on Tuesday, Oct. 20. As this was the first game of the season, the girls came out and played hard, but battled foul trouble and turnovers to find themselves down 10-9 at halftime. In the second half, the Lady ‘Cats played tough defense and found the basket, to pull out a 23 – 12 win. Allie Hock and Linzie Wallace led the way offensively with 9 and 7 points and Kinley Keaton added 5.

In the second round of the tournament Friday night, Oct. 23, the Lady ‘Cats matched up against Iberia, the second seed. The game was a defensive battle for both teams from the tip off, leading to an 11-6 deficit for the Lady ‘Cats at the end of the first half. The Lady ‘Cats came out firing in the third quarter, scoring 9, including three-pointers from Kinley Keaton and Zoey Dawson. Their defense kept up the pressure and held Iberia scoreless, leading to a 15-11 lead to start the fourth quarter. Turnovers and fouls by the Lady ‘Cats in the fourth quarter allowed Iberia back in the game. Iberia made free throws and fast break layups in the final quarter, scoring 11, and the Lady ‘Cats were only able to score two free throws, leading to the final score of Iberia 22 – Licking 17. Dawson lead the team in scoring with 5; Keaton and Linzie Wallace added 4 each. Iberia advanced to the championship game and Licking did not play Saturday due to Newburg dropping out of the tournament.

Next action for the Junior High Lady ‘Cats will be November 5 at Steelville and November 6 at Green Forest.