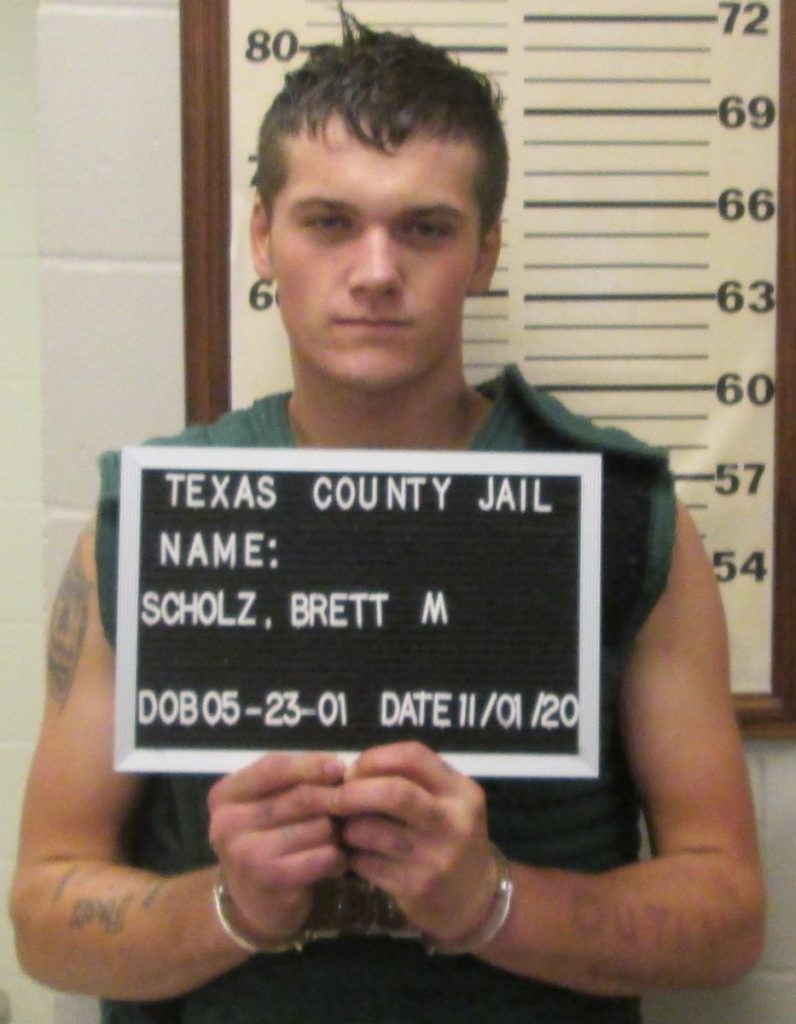 During the early morning hours of November 1, 2020, a Texas County deputy responded to an alarm at the Dollar General in Roby. Upon arriving at the business, the deputy encountered a male subject later identified as Brett Scholz outside the building. Scholz attempted to flee on foot from the deputy. A short pursuit occurred, and the deputy was able to deploy his Taser to subdue the suspect and take him into custody. After further investigation it was discovered that entry had been forced into the business and the suspect was in possession of stolen property from the business as well. The Missouri State Highway Patrol responded to the scene as well to provide assistance. Scholz was arrested and transported to the Texas County Jail.

Sheriff Scott Lindsey commented, “Deputy Andrew Edwards deserves recognition for his response to this call. Deputy Edwards has been a patrol deputy since July of this year and his performance on this call was excellent, responding to a crime in progress and utilizing solid tactics to arrest a suspect and recover stolen property. This investigation is ongoing and additional charges are likely on an accomplice in the burglary.”