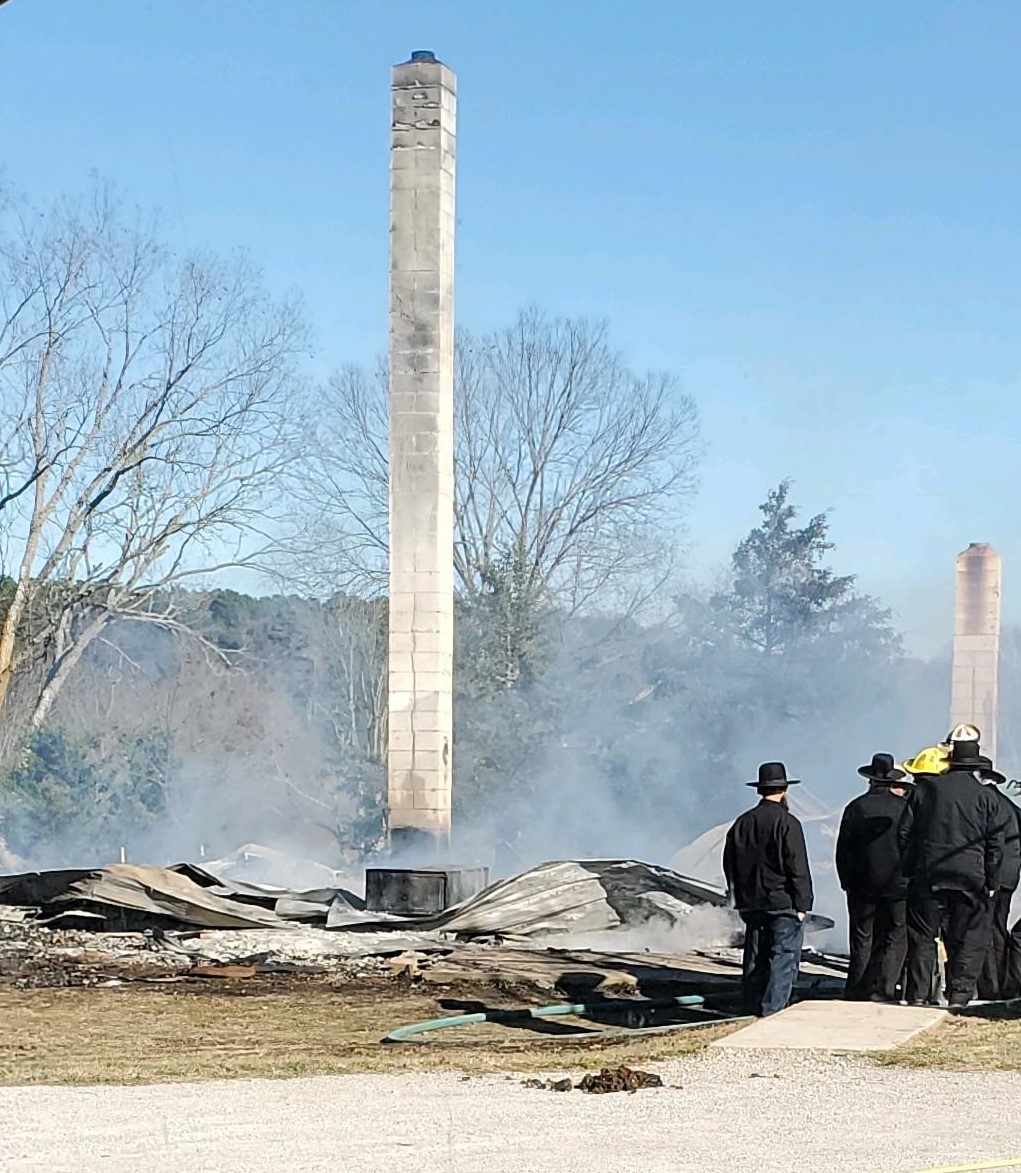 Photo by Lance Gray
The LRVFD and members of the Amish community survey the destruction of a Sunday house fire.

A house fire on Sunday, Nov. 1, completely destroyed the home of Simon and Sarah Schwartz and their 12 children who were still living at home. The house, located on Buffalo Road, burnt while the family was at church services; a neighbor discovered the fire. The Licking Rural Volunteer Fire Department responded to the location with one pumper and two tanker trucks.

“Upon the arrival of the first truck around 1 p.m., the house was a total loss,” said Jimmy Sherrill, LRVFD Fire Chief. “The house had collapsed into the basement and was so far gone there was no way to know where the fire had originated or what caused it. Effort was then focused on putting any hot coals out and to keeping the fire from reigniting.” According to the Schwartzes, small areas continued to burn into Monday morning. The fire department was able to save several of the outbuildings, including the shed, icehouse and a small on-site living quarter. They were unable to save the wood house where the winter supply of heating and cooking wood was stored. 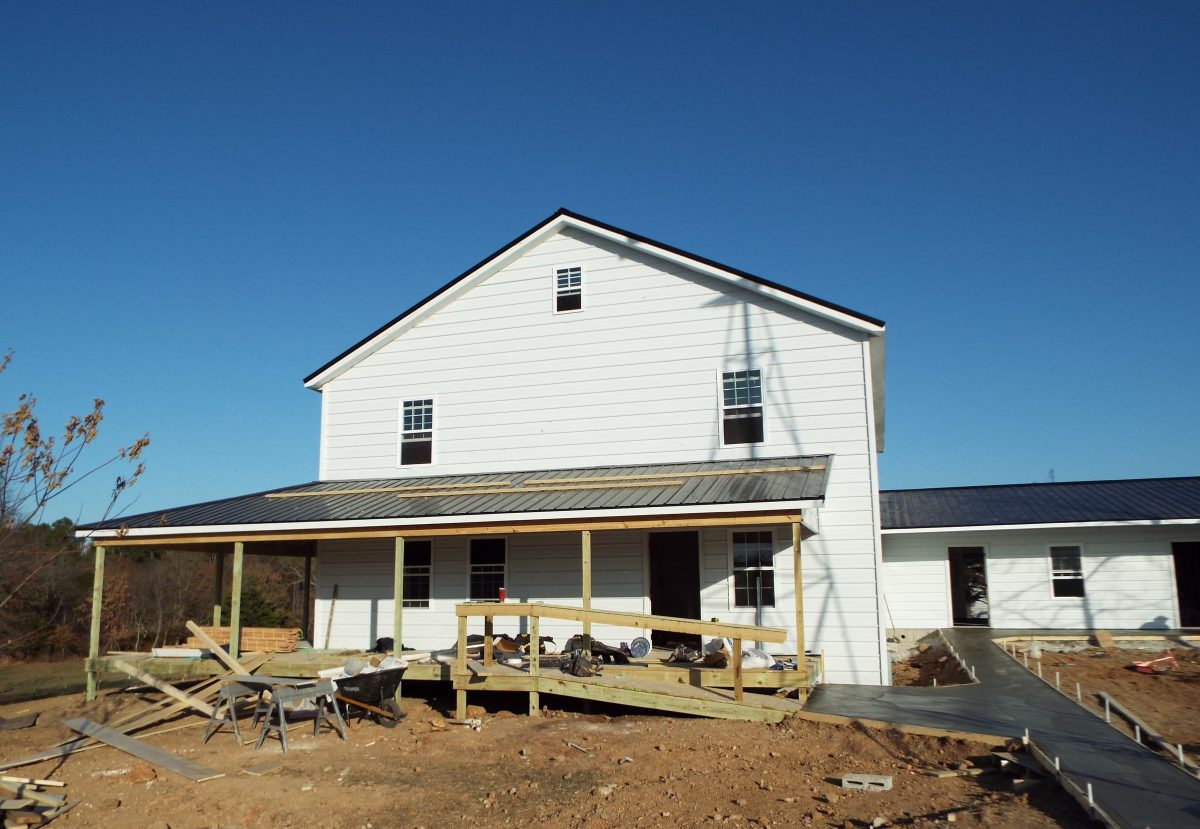 Photo by Christy Porter
The home of the Schwartz family was nearing completion by Friday afternoon with the help of the community.

The Amish community joined together to help rebuild the seven-bedroom home, and as of Wednesday, the concrete work, exterior and interior framing, drywall, and roofing were completed. Other communities joined the effort, with up to 100 men plus wives and children who were not attending school. While the men constructed the home using the original blueprint, the women provided food at the morning, lunch and afternoon breaks. Several women made patterns and stitched new clothing, this in addition to clothing donated, for the entire family using treadle machines. Common living area furniture was delivered from an Amish community in Indiana.

The work continued throughout the week; by Friday the trim, painting, and flooring were being completed. Fortunately the weather has cooperated. The family began moving in Monday, Nov. 9.

The Schwartzes expressed their gratitude not only to their communities, but also to the fire department and those in the Licking area who have helped, and also contributed to the supply of necessities and household items. They are still in need of household items such as dishes, pots, pans, silverware, etc. Specific needs were mentioned: pressure cookers for canning, jars and bedroom furniture. The food provisions for the winter were included in the devastation.

Lance Gray, who has been helping the family, will accept and deliver any donations, he may be reached at 417-217-8098.