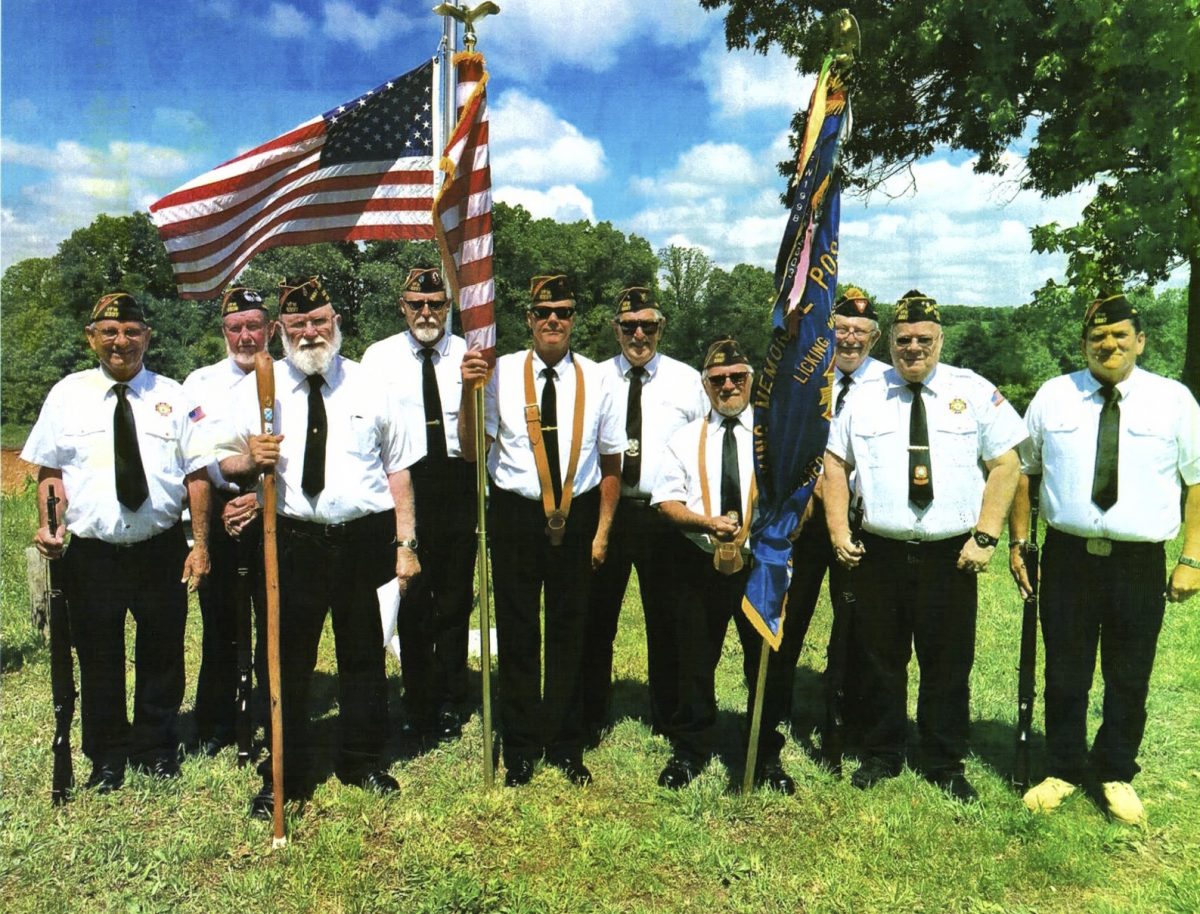 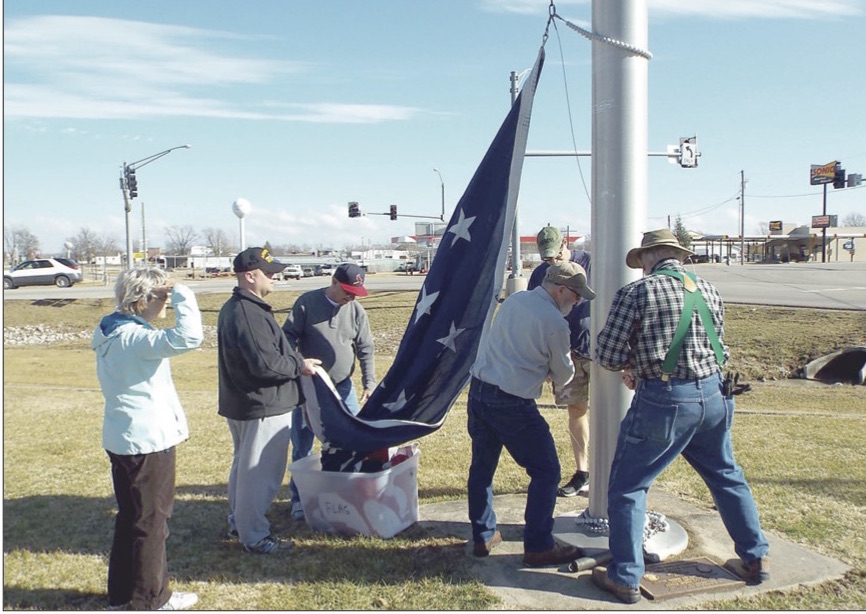 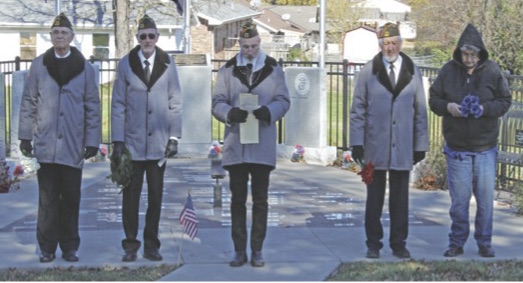 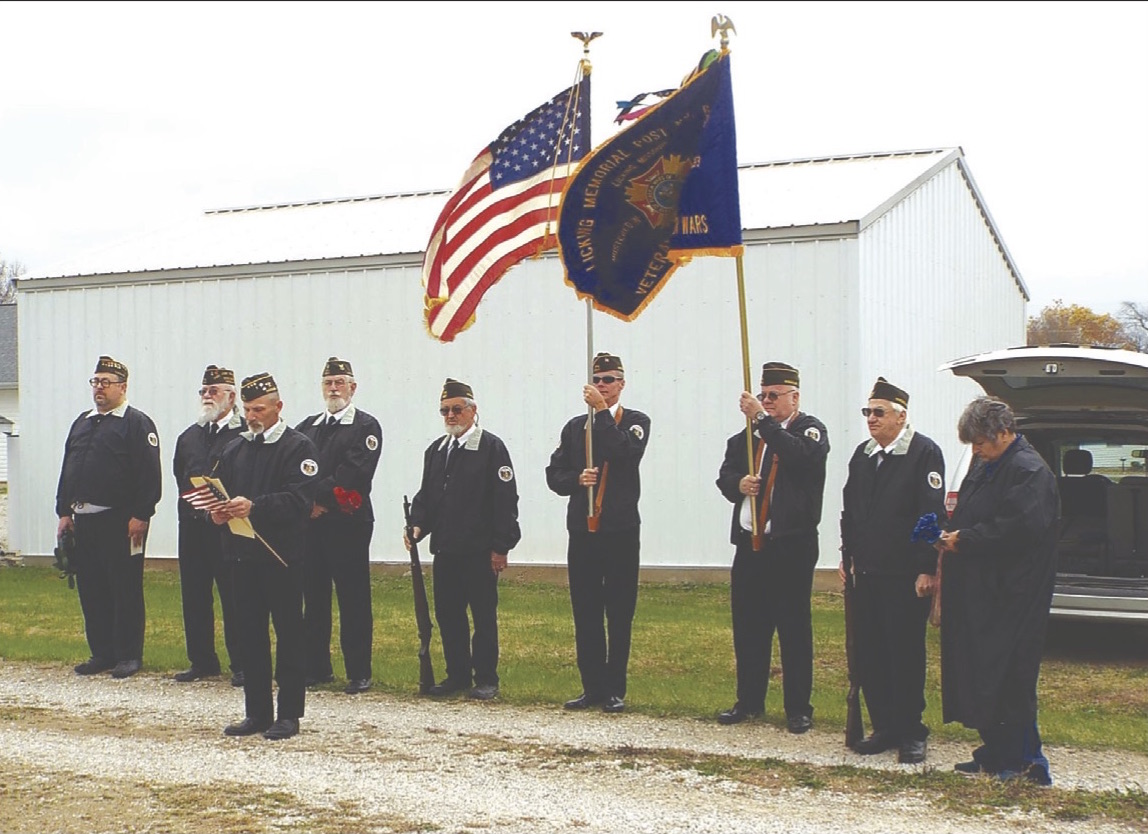 Photo by Christy Porter
VFW Post 6337 and the Auxiliary braved the wind and the cold on Veterans Day, Wednesday, Nov. 11, 2015, for the Memorial Ceremony at Licking Cemetery. The placard at the memorial reads, “In memoriam to those who served our country in uniform throughout our history, May they rest in peace.”