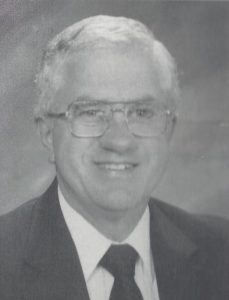 Dewayne served in the United States Army from 1968-1970 in the Chemical Corp (Lieutenant). He was a retired educator: science teacher, high school principal and superintendent of schools. Dewayne returned to his hometown to serve 23 years in the Licking R-VIII School District. He and his father raised cattle together from his youth, and upon his return to Licking.

Dewayne valued his family. He was a loving son, brother, husband and father. The gift of his grandbabies, Landon and Madelyn, brought so much joy. He loved his friends, and they enjoyed his mischievous sense of humor. He respected his colleagues, and their joint collaboration in the mission of education. Cattle farming, traveling, family, and friends filled his retirement years.

A funeral mass for Dewayne was held on Saturday, November 14, 2020, at 11 a.m., at St. John Catholic Church in Licking with Fr. Rayappa Chinnabathini officiating. Visitation was held one-hour prior. Interment followed at the Licking Cemetery. Pallbearers were Jared Collins, Brett Collins, Gary Collins, Bob Collins, Matthew Loyd and Bobby Loyd. In lieu of flowers, memorial contributions in Dewayne’s name may be made to St. John Catholic Church or the Dewayne Collins Scholarship Fund-Licking R-VIII School District. Arrangements entrusted to Fox Funeral Home. Online condolences may be left at www.foxfh.net.