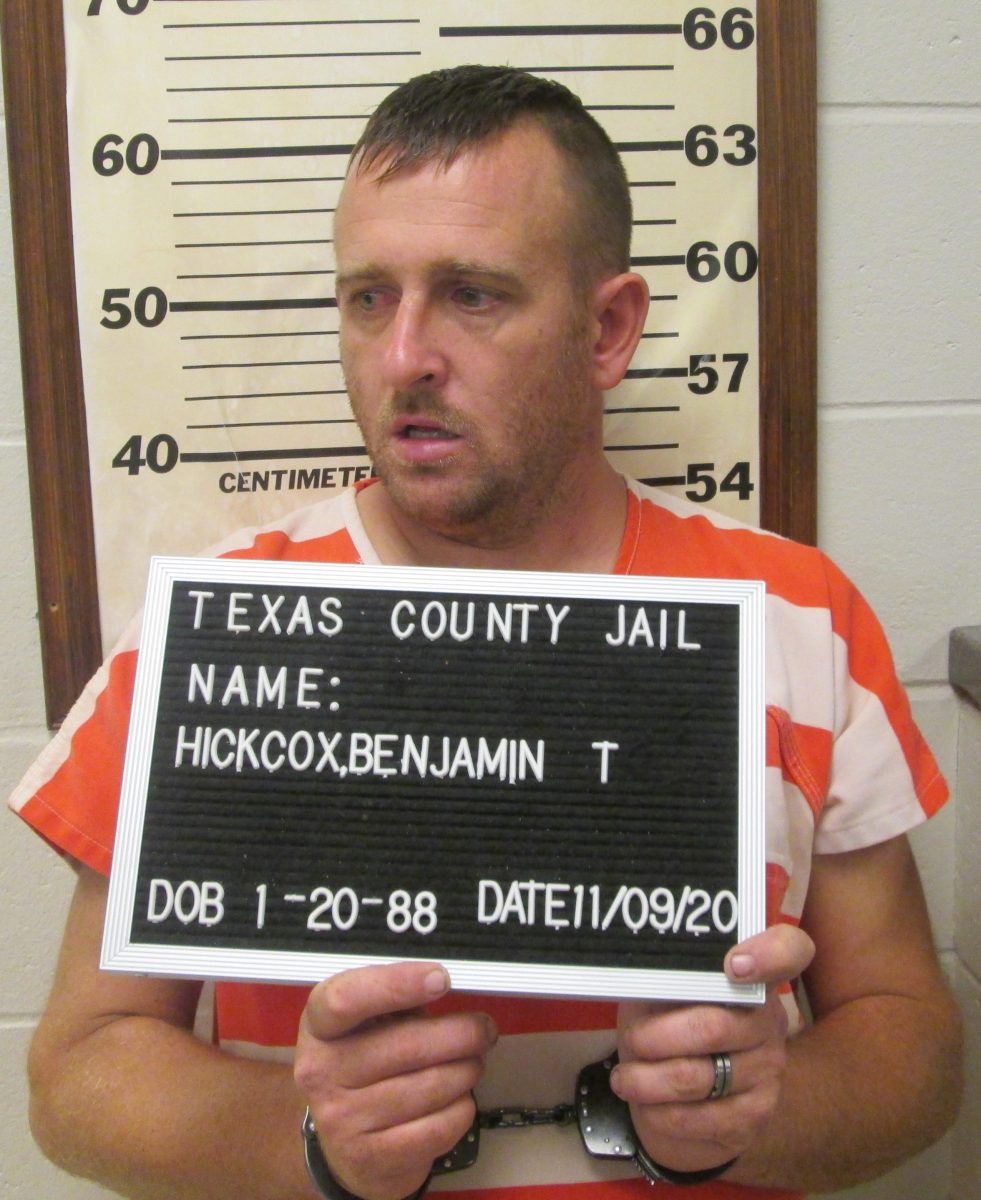 On November 9, 2020, a Texas County Deputy responded to a domestic disturbance on Fisher Drive in the Houston area. A female subject reported a physical altercation had occurred with a male, later identified as Benjamin Hickcox.

The female stated Hickcox had pushed and choked her. Hickcox was located by the deputy walking down the road. Hickcox was questioned and admitted to assaulting the female. Hickcox was arrested and transported to the Texas County Jail.