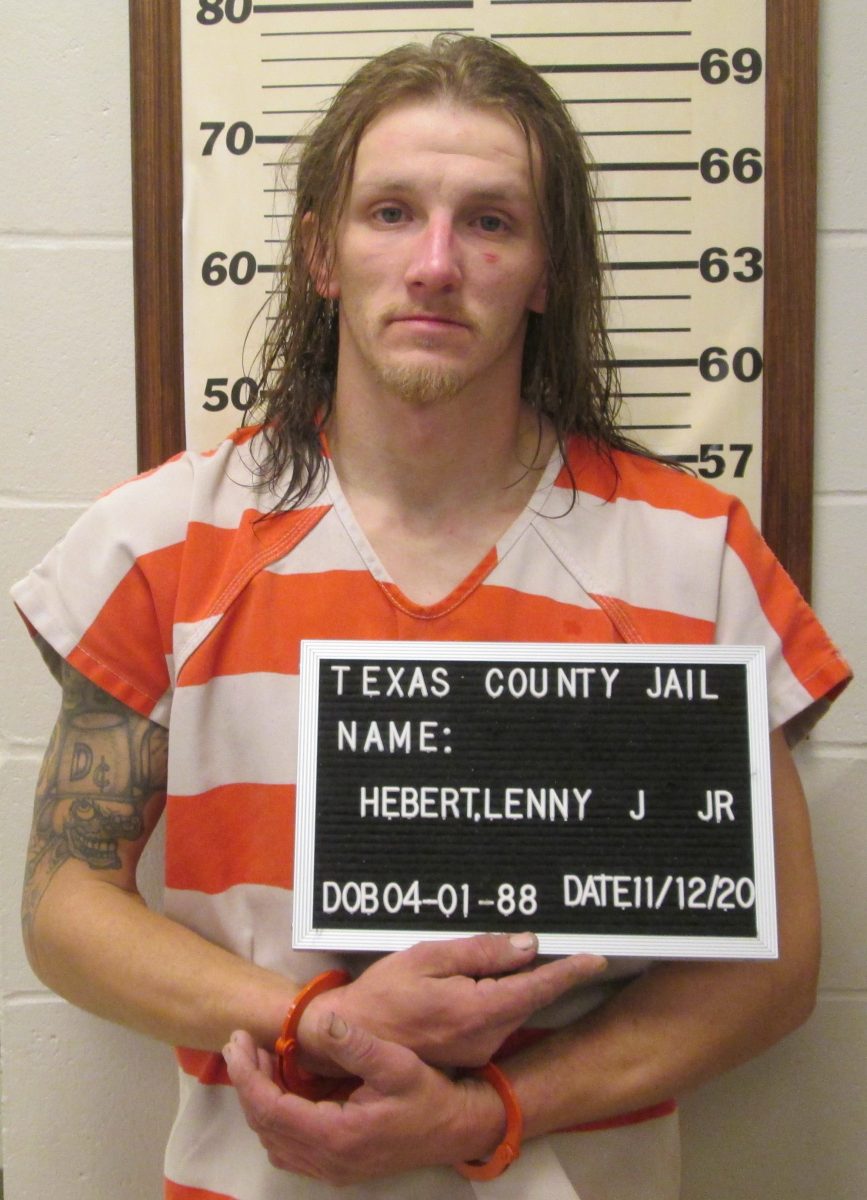 On November 11, 2020, Texas County Deputies responded to a stealing complaint on Tower Lane in the Eunice area. A couple reported returning to their campsite at Gist Ranch and discovering a person that had loaded their tent into a vehicle. Deputies contacted the suspect and a search of his vehicle led to the discovery of methamphetamine and drug paraphernalia along with the stolen property. Lenny Hebert was arrested and transported to the Texas County Jail.