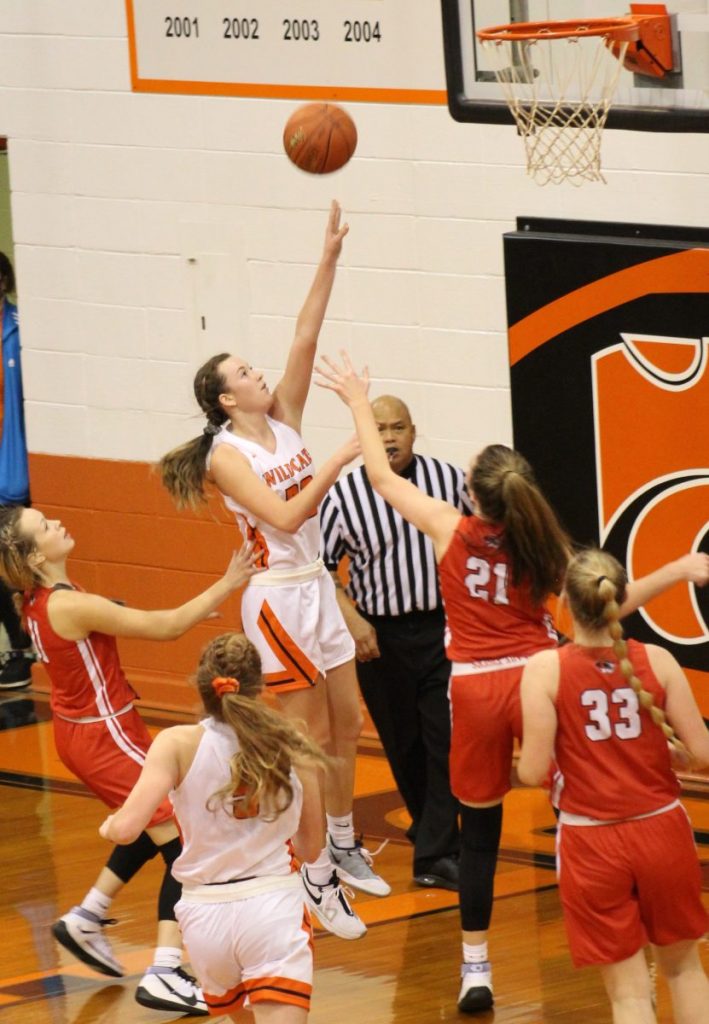 Photo by Shari Harris
Heavy defensive coverage made getting a good shot difficult. Abbie Sullins makes an opportunity in the third quarter.

The Lady Wildcats opened the season with a home game versus the team they defeated in the district championship last season, the St. James Lady Tigers. St. James returned their top nine players and added a freshman group that has never lost.

Licking started slow offensively as they struggled with St. James’ trapping zone. The Lady Tigers led 16 to 6 after the first and things didn’t look good for LHS. The second was a little better as Licking was able to grind out 10 points while holding St. James to 6 points total, all on free throws, for a 22 to 16 halftime score. 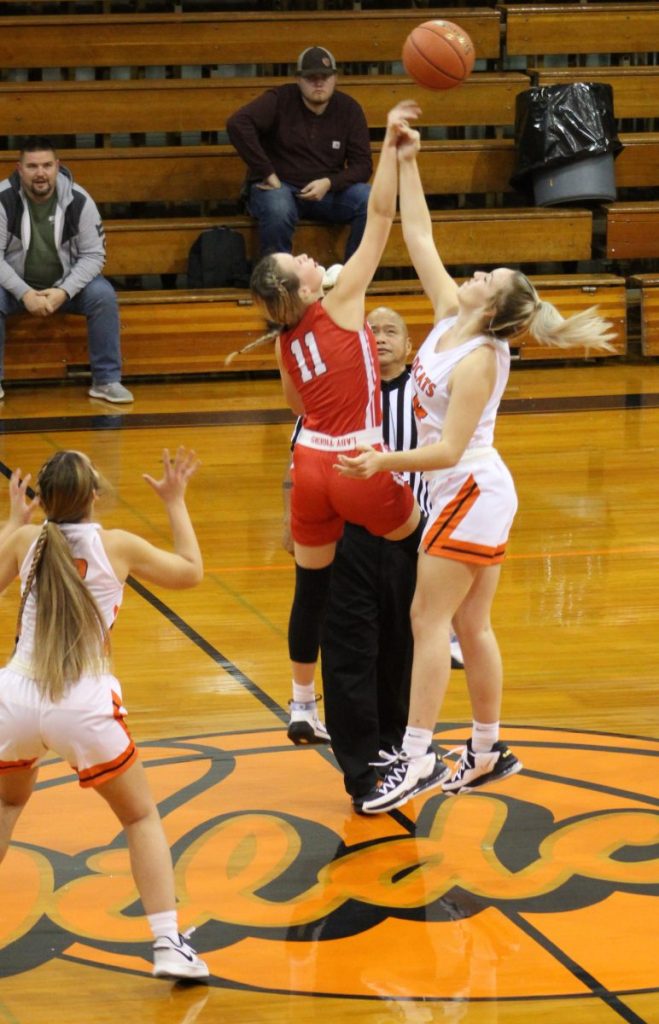 Photo by Shari Harris
Kaida Cook started the JV team’s season with the jump ball against St. James. The JV lost 38-66 in a high-intensity contest that displayed the quality of both teams.

Licking got the ball to start the third, but two quick turnovers that led to layups for SJHS forced Coach Rissler to call a timeout, 15 seconds into the second half. After the timeout, Licking started playing and outscored St. James 14 to 2 the rest of the third to tie the score at 30 going into the final frame. Sophomore Kaida Cook came off the bench to give the Lady ‘Cats a huge spark on the glass and on the free throw line.

St James got a 6-point lead early in the fourth and held it for the majority of the last eight minutes. The Lady ‘Cats kept hanging around, hanging around, and trailed 44 to 40 with 30 seconds to play. Kylie Taylor drove and dished to Abbie Sullins on the wing, who released a shot that hit nothing but net. Coach Rissler called an immediate timeout to set up the press. St James came out of the timeout expecting a man press but LHS put their two long-armed monsters (Kiley Ingram and Abbie Sullins) on the ball and had the other three girls playing zone coverage on the outside. Their length caused a bad pass that went out of bounds to the Lady ‘Cats. Licking ran a play and Abbie Sullins became open for a top-of-the-key 3 which, once again, hit nothing but net to give the Lady ‘Cats their first lead of the game with 17 seconds left. Abbie then stole the inbounds and kicked it out front to Kylie where she was fouled. Licking missed both free throws and SJHS called a timeout. Licking switched to full court man and it threw off the Lady Tigers just enough to force a bad pass that Kylie Taylor intercepted as the buzzer sounded, giving the Lady ‘Cats a HUGE victory over a possible Final Four team in Class 4.

“The girls just kept grinding and grinding all night. We had girls step up and make plays when we absolutely needed it. Kaida was a great spark off the bench and we were able to get Abbie two partial looks late and she drilled them both. We were in shape and showed a physical and mental toughness that should make the community proud.” Coach Rissler 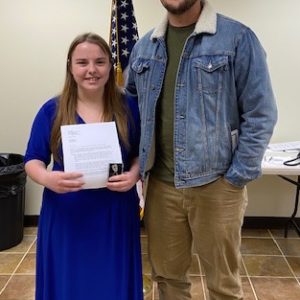 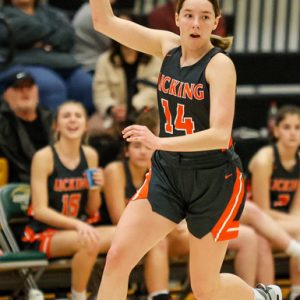