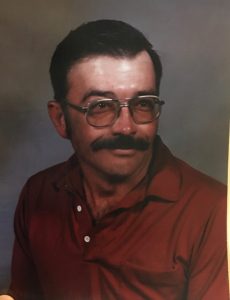 Bruce Jackson Curtis, age 67, passed suddenly from this life to his eternal home on December 1, 2020. Bruce was born into this world at his family’s home in Houston, Mo. to Earl Curtis, Jr. and Laveta Jane (Aldridge) on October 3, 1953.

In his early childhood years, he moved with his family to Springfield. It was during this time that he was diagnosed with a Wilms Tumor, cancer to the kidney, which resulted in surgery and aggressive treatment. Although this was a grueling time in his life, he successfully combatted this illness and maintained his loving disposition all his days even though the lifelong impacts remained as a result of that event. In the latter years of his childhood, he moved back to Mountain Grove and then to Huggins with his mother and stepfather.

He was a graduate of Mountain Grove High School where he met Marilyn Hawkins whom he later married. During his early adult years, job opportunities took him to various towns across southern Missouri, northern Arkansas and eastern Oklahoma. His strength lay in his manual skills such as welding, cutting wood, and cattle handling/milking, which provided a simple life for him. He loved the outdoors including fishing, hunting, and trapping that proved to be areas of talent for him. Bruce was a tireless worker until the last part of his life when disability robbed his strength. In his middle adult years, he moved back to the town of his birth, Houston where he lived out the remainder of his days. He could be found most mornings in the coffee shop with his buddies shooting the breeze and solving the world’s problems. In his later years he met Mary Burns, with whom he created a life until her death in 2015. He remained a supportive and caring companion to Mary throughout her illness and continued to care for their dog “Lulu”, whom he dearly loved, until she passed away just a few months ago. Bruce was exceptionally loyal and loved his family dearly. Among the brightest spots of his life over the last few years were the many great nieces and nephews he was blessed to be around to bring him joy.

He is survived by his sister, and her husband, Brenda (Curtis) and Earl Nease of Spartanburg, S.C., his brother, and his wife, Bryan and Loretta Kelley of Huggins, and sister and her husband, Bonnie (Kelley) and Mark Stallcup of Huggins; six nieces and nephews, Angela (Claar) Huff, Tony Claar, Brittany (Stallcup) Witte, Corey Stallcup, Kayla (Kelley) Wildhaber and Ethan Kelley. He was also the exceptional proud great uncle of 19 great nieces and nephews and 1 great great nephew.

Bruce will be missed by all those that loved him, but we are rejoicing that he has been reunited in heaven with his family where there is no more pain or tears.

Memorials are suggested to Hickory Ridge Cemetery. Online condolences may be made at www.evansfh.com.