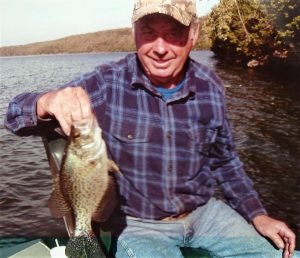 He is preceded in death by his parents; wife; brother, Clyde Kohenskey; and sister, Shirley Case.

Orval was proud to serve in the military as a mechanic during the Vietnam War. He later worked at Wonder Bread in St. Louis, and other various jobs. Eventually, he moved back to Edgar Springs and worked for Phelps County driving a dump truck until he retired.

Orval loved going to church and telling people about the Lord. He would never meet a stranger and could spend hours talking to people. He loved going fishing and spending time with family and friends. Orval loved just riding around with Lolita looking at the farms and scenery.

Orval will be greatly missed by loved ones and a host of friends.