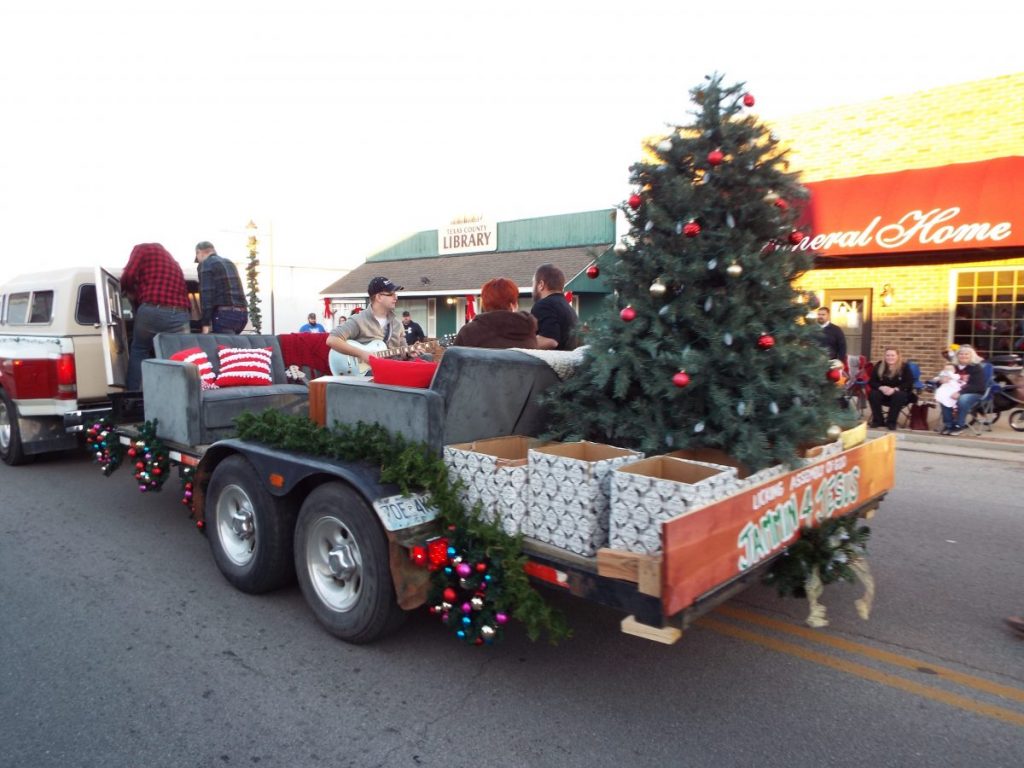 Photo by Christy Porter
Licking Assembly of God was “Jammin’ 4 Jesus” in Saturday’s parade. Their float took first place in the Religious category. 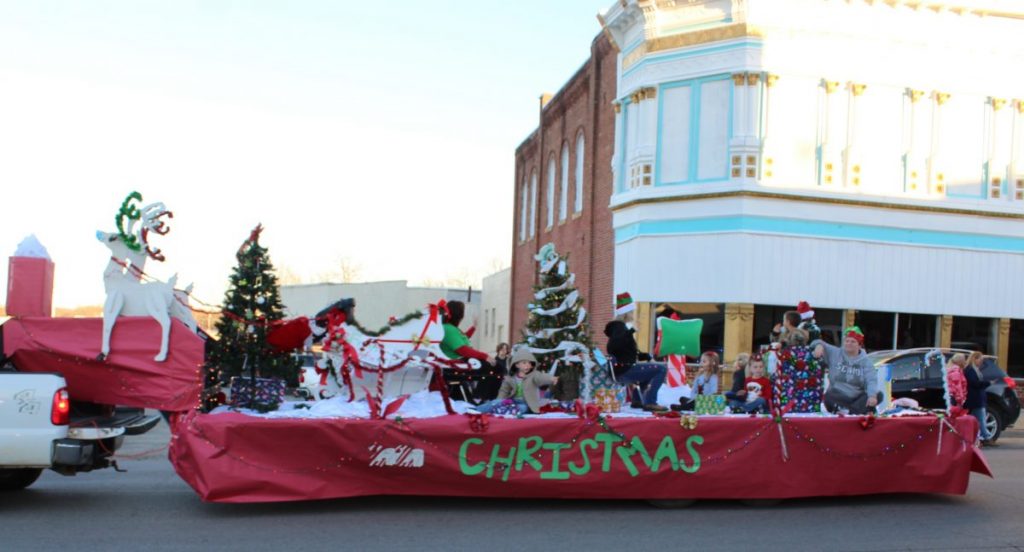 Photo by Shari Harris
Children on the Wildcat Early Learning Center float, accompanied by Mrs. Clonts and helpers, waved to parade watchers as they traveled down Main Street. This float was the Non-Religious category first place winner.

The Licking Chamber of Commerce hosted the annual Christmas celebration on a beautiful sunny Saturday, Dec. 5. The weather and events combined to lift Christmas spirits for all.

The day commenced with vendors setting up shop in the VFW, offering their Christmas décor and gift items to holiday shoppers.

At 11:30 a.m., Santa Claus arrived and visited with youngsters, who told him their Christmas wish lists while their families snapped photos. 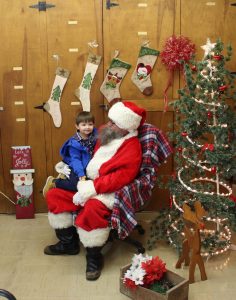 The Church of Christ hosted a fundraiser for Sonshine and Rainbow Day School; serving a delicious fish fry meal and/or soups from noon to four p.m. Tables overflowing with Christmas decorations, jewelry and other crafts were also available to shoppers as they ordered their meals.

After shopping, Santa and lunch, another visit with Santa was on the schedule. This time Santa handed out gifts to children on the porch of the Historic Licking Mill. Each child received a gift, and then it was off to Main Street to find a spot to watch the parade. 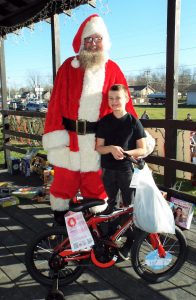 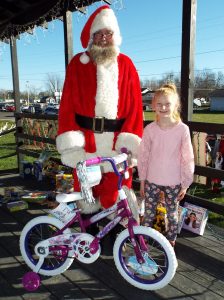 Photo by Christy Porter
Addie Carver, age 7, was all smiles when she was gifted a bike by Santa.

The day ended with the Lighting of the Mill. Hot cocoa and caroling accompanied the event as the Historic Licking Mill displayed its holiday accessories for everyone to see.