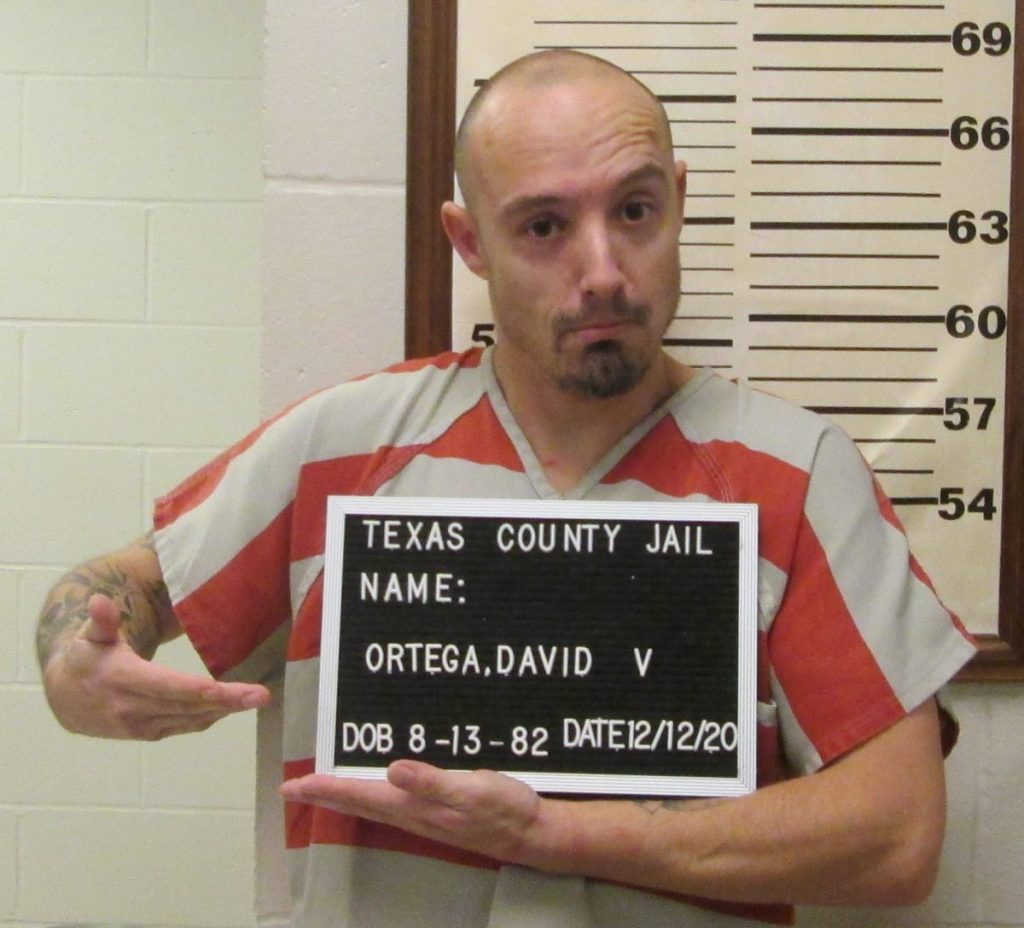 On December 12, 2020, Texas County Deputies responded to a disturbance on Harlow Road in the Summersville area. It was reported that a male had a firearm and was threatening to shoot a female. After deputies arrived on scene, they contacted the male subject on the porch of the residence. The male subject refused to show his hands and then attempted to strike one of the deputies with his hand. A physical altercation ensued as the deputies attempted to arrest the male. The male subject later identified as David Ortega was eventually taken into custody. Ortega was arrested and transported to the Texas County Jail.

Deputies interviewed a female complainant at the residence that reported Ortega was upset about a child custody matter. The female reported Ortega made threats to kill the mother of his child and his brother. The female also reported that prior to deputies arriving at the scene, Ortega had been holding a pistol and shotgun. When deputies later attempted to interview Ortega about the events prior to their arrival, he continued to make threats about killing the mother of his child.