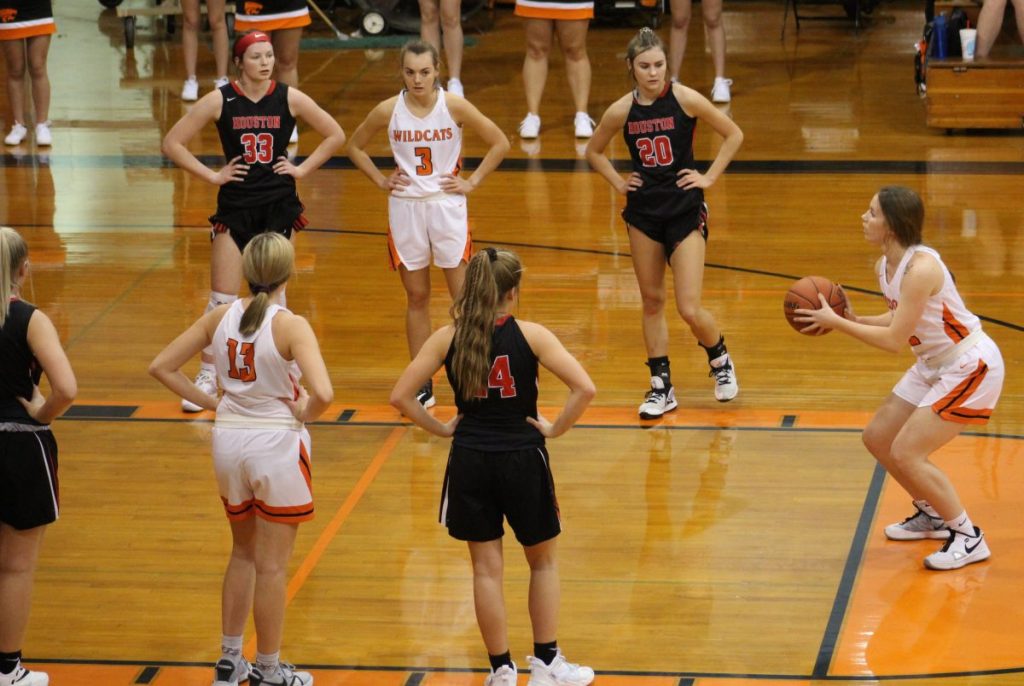 Photo by Shari Harris
Senior Tomi Rose tries a free throw in the second quarter of the Houston game.

The Lady ‘Cats bounced back from their loss to Richland in the Frisco League finals with a home court win over rival Houston on Monday, Dec. 7. With pep clubs for both sides stirring up the excitement, tension was high throughout the game.

At the end of the first quarter, the Lady ‘Cats held only a slight lead, 11-10, over a good Tigers squad. Half time didn’t show much difference in the score either, with the Lady ‘Cats again holding a small, 17-15 lead.

In the second half, the tension went higher as Coach Rissler received a technical foul for Licking. The third quarter ended with Licking in front, 32-24.

The Lady Wildcats extended their lead in the fourth, and Licking won with a sizable lead, 47-34.

The JV Lady ‘Cats won the first game of the evening over Houston, 50-38, after battling back from a 23-27 halftime deficit.

The Lady ‘Cats suffered two consecutive losses after Houston. On the tenth, Strafford came to town and beat Licking on their home court, 54-66. The JV fared better, winning 39-27.

On Monday, Dec. 14, the Ladies hoped to avenge their Frisco League Championship loss to Richland, but it was not to be. The Lady ‘Cats fell again to the Lady Bears with a score of 60-63. The JV game was two quarters only and ended with a 10-15 score.

On Thursday, the Lady ‘Cats will try to get back on their winning track in Mansfield.