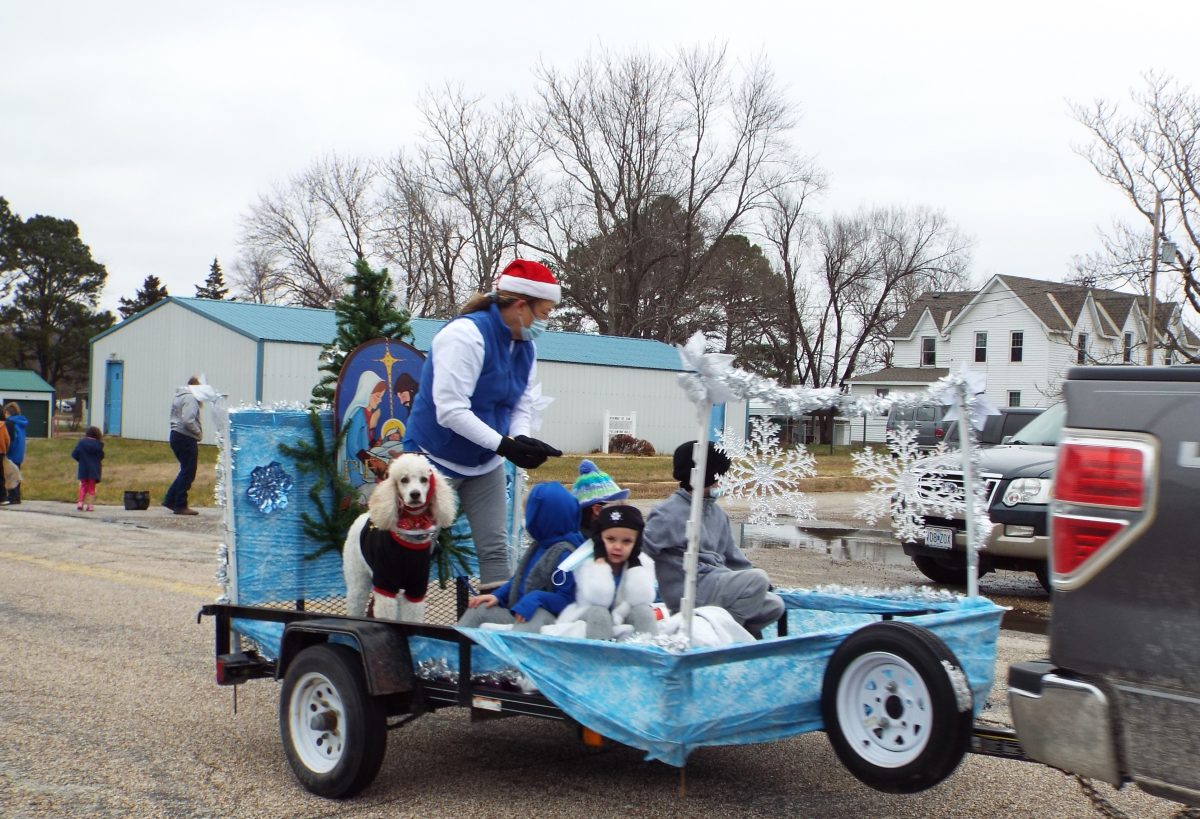 Photo by Christy Porter
The Holy Family was present in this familial Christmas setting, which included the family canine. A most charming, albeit chilly, Christmas float.

The Edgar Springs Rural Fire Protection District hosted Christmas festivities Saturday morning. The parade went south on Broadway, while one ornery elf instigated pillow fights along the route. Santa was in attendance seated on a fire truck and later distributed gifts, with lots of help from his elves. 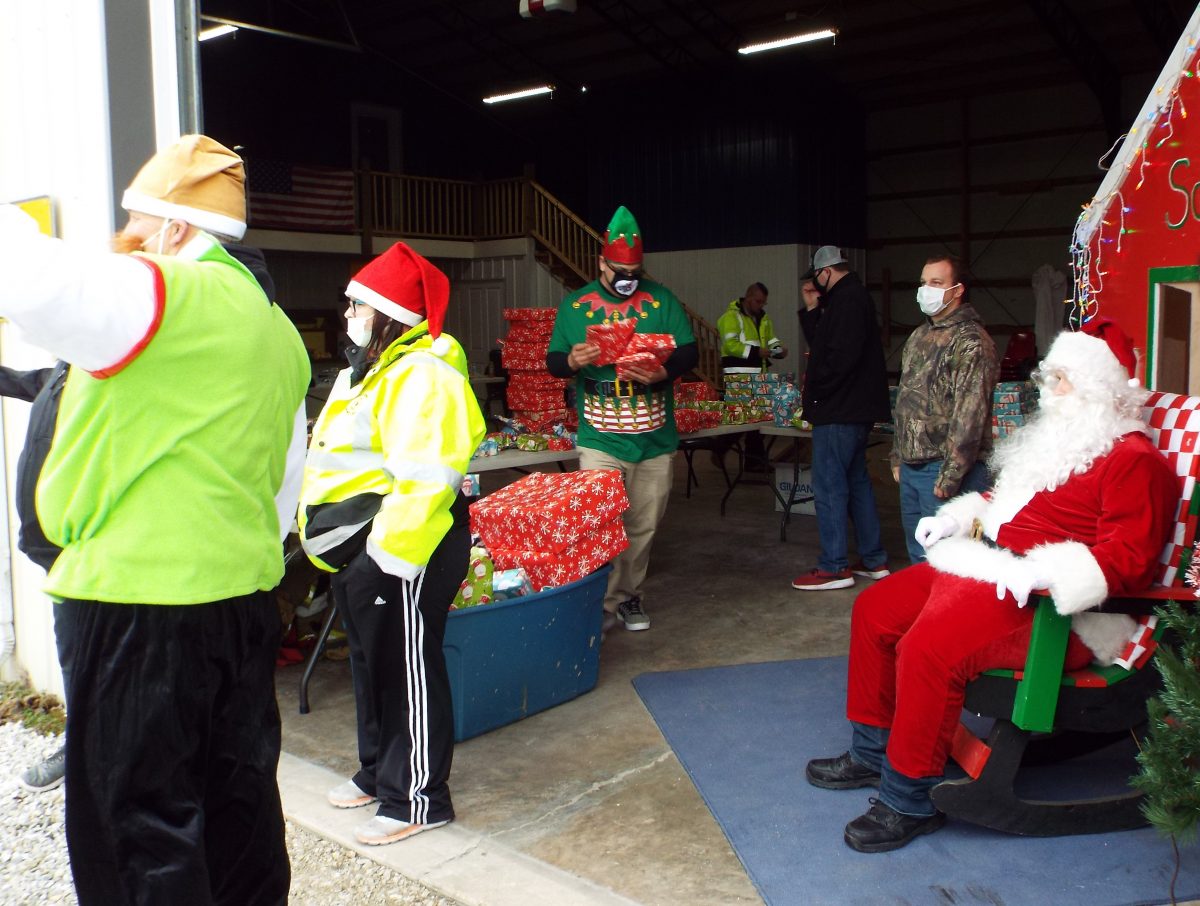 Photo by Christy Porter
Santa and his helper elves were prepared for the gift giveaway, which took place Saturday after the parade in Edgar Springs.

Spectators enjoyed the parade even while it was cold and overcast. Some viewed the parade from the comfort of their vehicles, while others outside caught the goodies that were tossed from the line-up. The procession proceeded to the firehouse where a drive-through gift giveaway took place, much to the delight of the children and the adults.