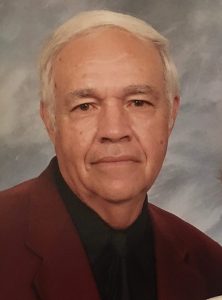 Kenneth grew up on the family farm south of Houston. He graduated from Houston High School in 1956.

He married Linda Nell Coats August 1, 1964, and they moved to the Coats family farm in 1966. Kenneth was in partnership with his father-in-law in the dairy business. After selling the dairy herd in 1994, Kenneth continued in the beef cattle business, raising pure bred Angus.

Kenneth pastored at numerous churches in the Houston area including: Union, Central, Eunice, Elk Creek, Hickory Ridge, Rock Springs and Northside Baptist churches for over fifty years. He also served as an interim pastor at Summersville.

He was preceded in death by his parents; his wife, Linda; his siblings: Lucille Creed, Dorothy Ritter, Walter Gibson, Gene Gibson and Robert Gibson.

Surviving are his siblings: Mary Thompson, Mildred Wall, Sue Effie and Jay Keith Gibson; along with numerous nieces and nephews.

Kenneth’s family would like to thank his special friends, Randy Beasley, and Amanda and Adam Huffman for all their help.

In lieu of flowers, Memorials are suggested to Ozark Cemetery. Online condolences may be sent to www.evansfh.com.