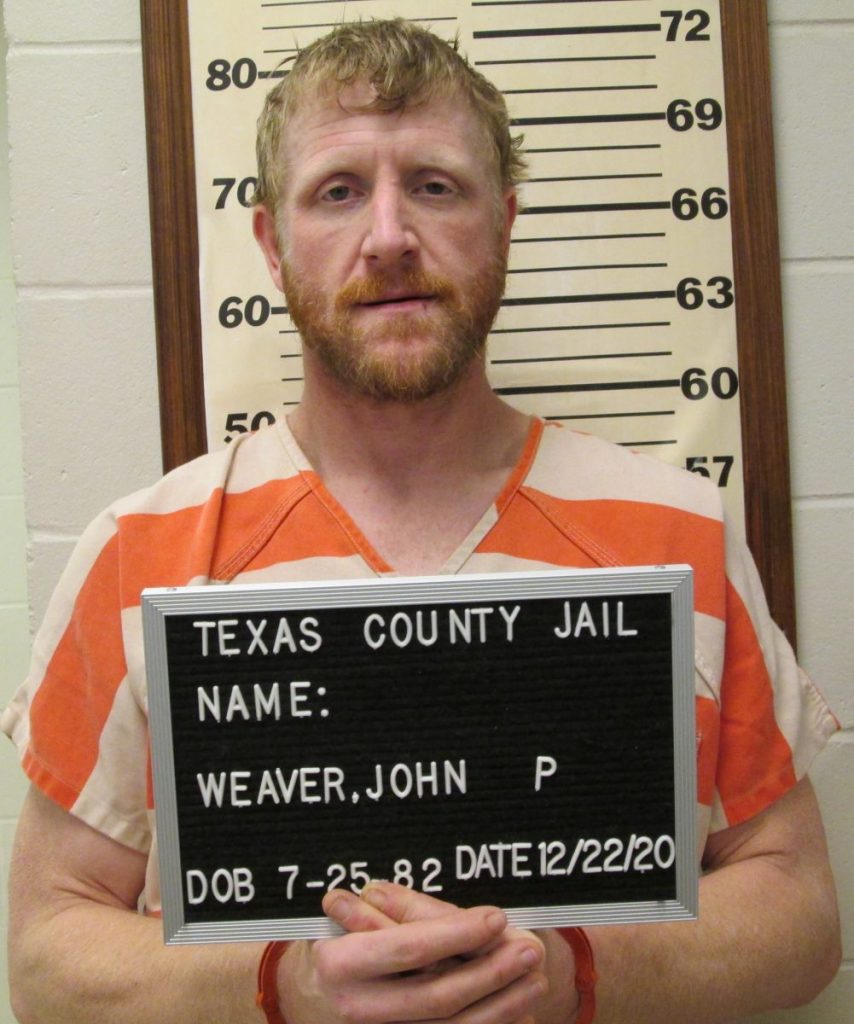 On December 22, 2020, a Texas County Deputy patrolling Baxter Road in the Licking area spotted a vehicle being operated by John Weaver. Weaver was wanted on felony arrest warrants and was a suspect in a burglary investigation. The deputy attempted to make a traffic stop on the vehicle and Weaver fled. The deputy pursued Weaver across several county roads and state highways into Phelps County and Dent County. The Missouri State Highway Patrol deployed tire deflation devices on Route C in Dent County. As Weaver approached that area he stopped and was taken into custody. A search of Weaver’s person and vehicle led to the recovery of several stolen power tools and other items from a burglary. Weaver was also found to be in possession of a substance believed to be methamphetamine.

Weaver was arrested on felony warrants from Texas County, Barry County and Stone County. A probable cause statement is being submitted to the Texas County Prosecuting Attorney seeking additional charges related to the burglary, controlled substance and resisting arrest.

Sheriff Scott Lindsey’s comments: “Deputy Aaron Sigman deserves recognition for locating this suspect, pursuing him and making the arrest that led to the recovery of stolen property. Pursuits are always dangerous for officers and the public alike, Deputy Sigman did a great job maintaining composure and following the suspect.” The Licking Police Department, Dent County Sheriff’s Office and Missouri State Highway Patrol provided assistance during the pursuit.