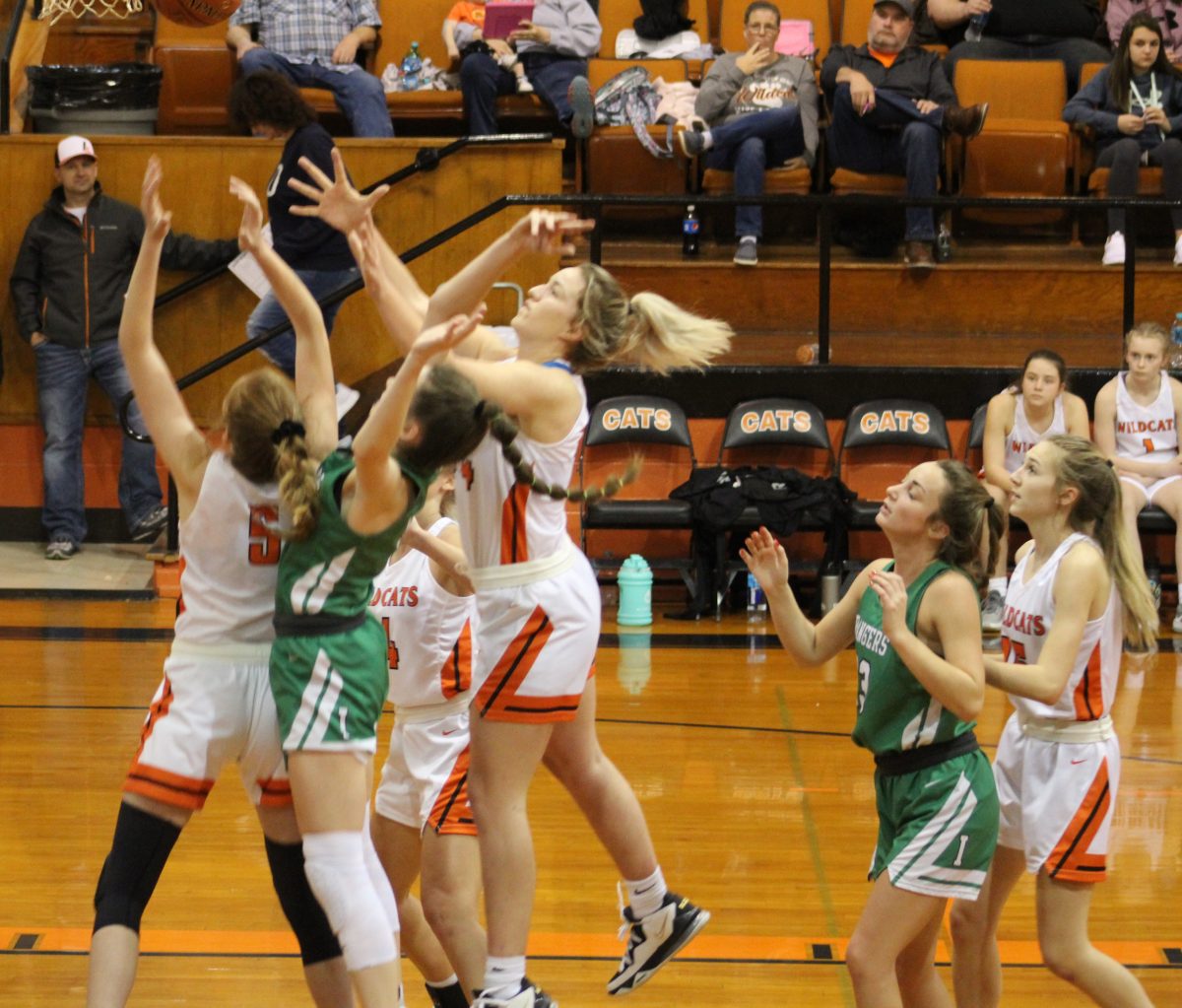 Photo by Shari Harris
The Lady ‘Cats crashed the boards for a defensive rebound in the first quarter against Iberia. Lady ‘Cat #5 is Kiley Ingram, center is Kaida Cook, and partially hidden behind them is Anna Sullins. To the right is Hannah Medlock.

The Wildcats entered the semifinal rounds of the Cabool tournament with high hopes, facing a tough Alton team on Tuesday. The Comets flew past the Wildcats into the championship game, defeating the Wildcats 78-55.

On Wednesday, Dec. 30, the third place contest pitted the Licking Wildcats against the Norwood Pirates, who lost to state-ranked Thayer (5th) on Tuesday. Norwood squeaked by with a 52-50 win over Licking. Thayer defeated Alton, 56-50, in the Championship game, and the consolation game saw Cabool overcome Gainesville, 52-46. In the loser’s bracket final, Summersville bested Dora, 59-44.

The Lady Wildcats suffered a second loss in the Rolla Holiday Shootout to Class 6 Rock Bridge, of Columbia, 24-58, on Dec. 29. They rallied the following day, ending the shootout with a convincing 60-39 win over Class 6 Battle. Junior Kylie Taylor earned All-Tournament team honors.

Monday night, the Lady ‘Cats returned to conference play at home against Iberia. Varsity played first and posted an impressive 60-21 win over the Rangers. Junior Varsity also scored a win, 29-11.