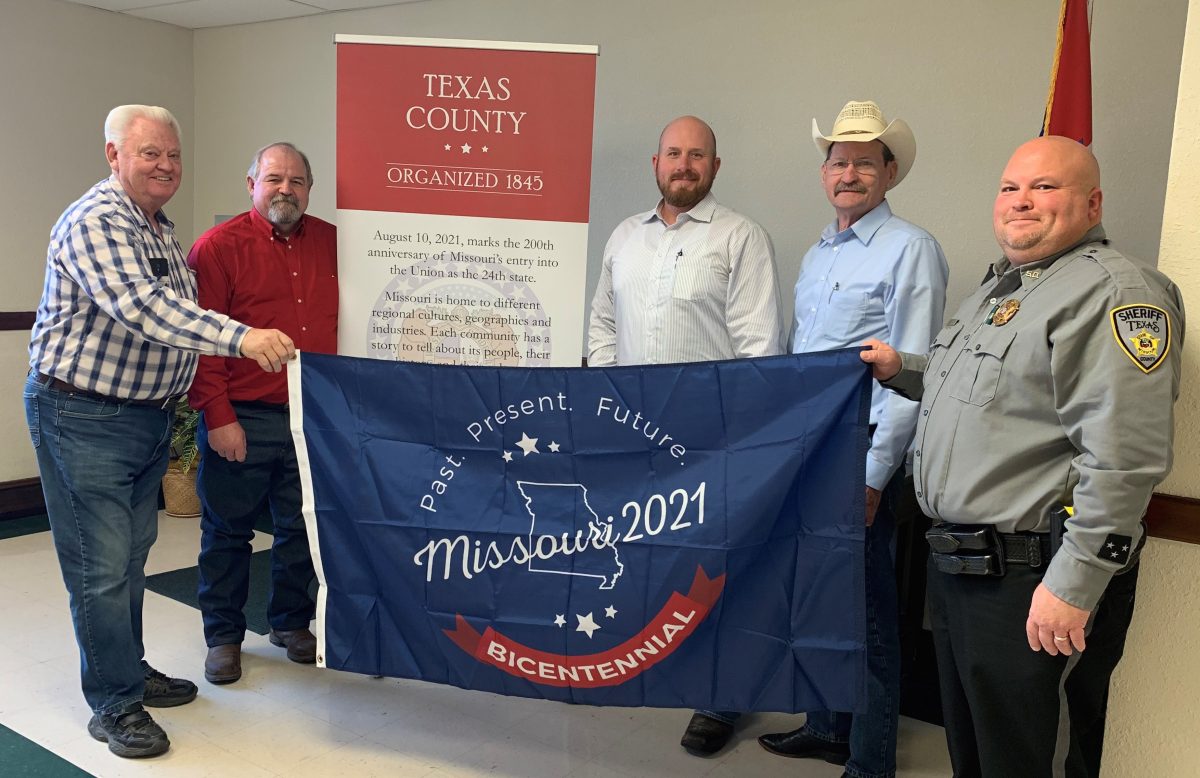 JEFFERSON CITY, Mo.  – The State of Missouri is preparing for the New Year, one that holds special importance for the Show Me State, as Missouri will celebrate its 200th anniversary of receiving statehood on August 10, 2021.

To help commemorate the historic event, each county in the state has been given a banner and flag to fly in honor of the anniversary of Missouri joining the union as the 24th American state in 1821. Recently, Rep.-Elect Bennie Cook and Rep. Robert Ross joined Texas County and its commissioners for the presentation and unveiling of their bicentennial banner and flag.

“It’s an honor to join the Missouri General Assembly and serve as we celebrate and commemorate 200 years of statehood,” Rep.-Elect Cook (R) said. “As we look back and remember all that has happened in our state’s 200 years, we also look forward to continuing to grow and build a Missouri that represents the ideals of our state and its people.”

A series of events and projects are planned throughout the state to celebrate its rich and diverse history in the coming year. Learn more about how you can participate in the celebration at Missouri2021.org.

Rep.-Elect Bennie Cook represents House District 142, which consists of Texas, Howell, Phelps and Pulaski Counties. He will officially begin his first term in the Missouri House when the 101st General Assembly convenes January 6.