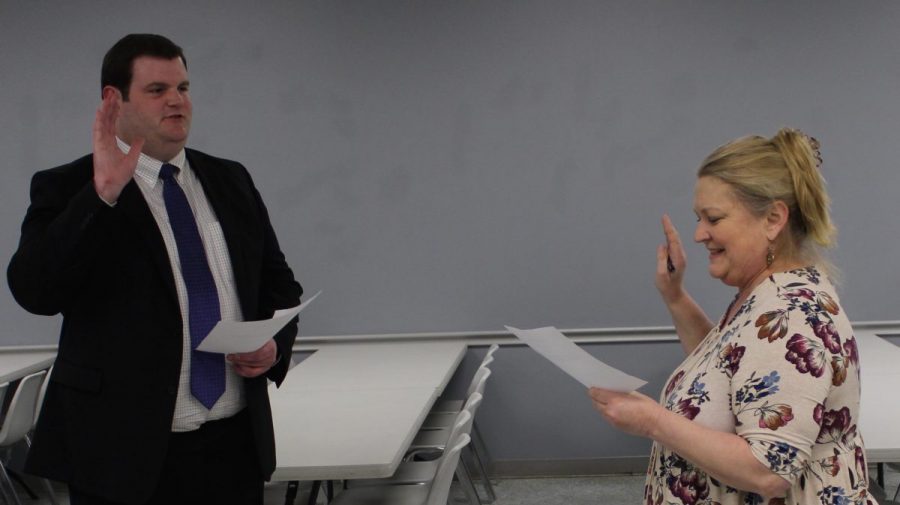 Photo by Shari Harris
The Licking Board of Aldermen appointed a new municipal judge for the City of Licking on Jan. 12. Judge William (Bill) Hudson will preside over Licking’s municipal court beginning Thursday, Jan. 21. Hudson, who resides in Rolla, has been Assistant Prosecutor in Phelps County since 2017. He fills the position vacated by Judge Michael Anderson, who passed away in December 2020. Hudson was sworn in immediately by Licking City Clerk Rhonda Kirkwood.