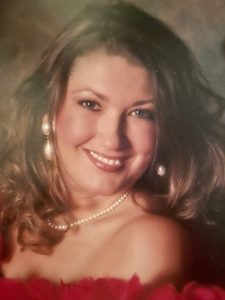 Jaime had a gypsy soul. She loved to travel and explore nature.

Jaime graduated from West Texas A&M University with a bachelor’s degree in Animal Science. Jaime began working as an Insurance agent with AFLAC shortly after college and became very successful at sales. She moved to Colorado in 2008 with her daughter and began a new life, and where she also started working for Mattress Firm. She loved her career with Mattress Firm. They became a second family to her. She was very successful at every job she had. Jaime loved people and talking to anyone. Jaime moved to Missouri in 2019. She planned to stay in Missouri for the remainder of her life after falling in love with the environment. In her younger days, she loved rodeos and spent some time barrel racing.

Jaime loved animals; you could always find her taking care of her rabbit, chickens, dogs, cats, birds, geese, ducks, ponies and strays. She loved riding horses, floating the river, being outdoors, fishing, camping, being in the presence of her friends and family, sharing stories and laughing, and most of all spending time with her grandbabies.

Jaime is survived by her daughter, Angel Lucero; spouse, John Akers; parents, Betty May, and David and Sandy May; brothers, David May, Lewis Martin, Eddie Parsons and Jason Parsons; grandchildren, Eisley Nielsen, Maverick Patrick and Madeline Patrick; and her beloved dog, Blue. She is recently preceded in death by her grandmother, Clara E. Trowbridge.

A memorial service for Jaime was held on Sunday, February 14, 2021, at 2 p.m. at the Licking Pentecostal Holiness Church in Licking, Mo. with Jason Akers and Bob Zavattieri. A memorial service in Amarillo, Texas, will be held at a later day. Arrangements entrusted to Fox Funeral Home. Online condolences may be left at www.foxfh.net.