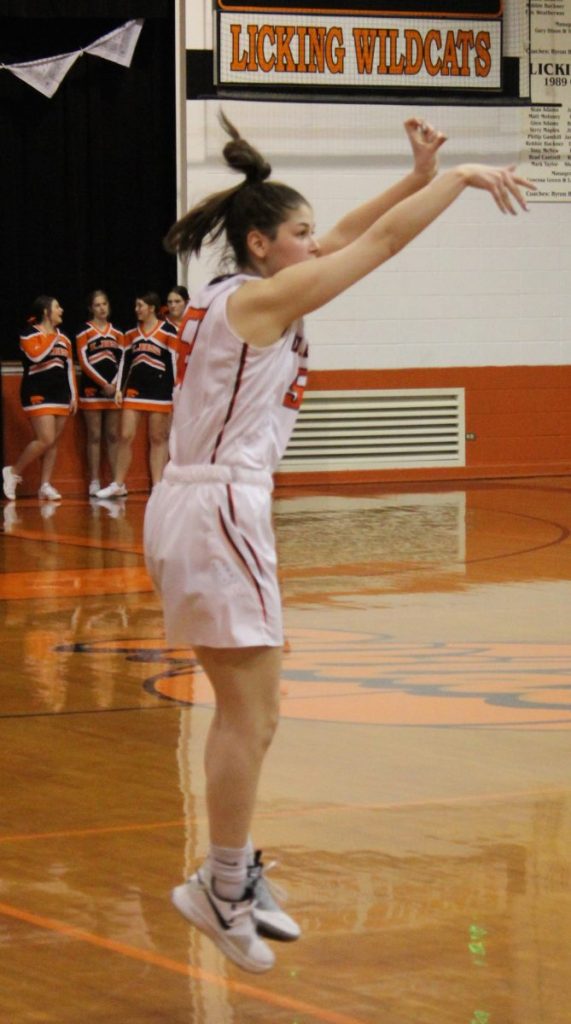 Photo by Shari Harris
Emma Taber tries for three as the junior varsity tries to battle back against Houston.

The snow and ice of the past two weeks played havoc with high school sports’ schedules. But some last minute scrambling by Coach Rissler and Mr. Dunn, games were arranged to get the Lady ‘Cats back on the court and ready for Districts.

Friday evening, Feb. 19, Houston Junior Varsity came ready to play, and the Lady ‘Cats struggled. It was a disappointing loss, 30-39, for the girls.

Between games, the Licking Bobcat teams were recognized. Their team pictures will appear in future editions of The Licking News. 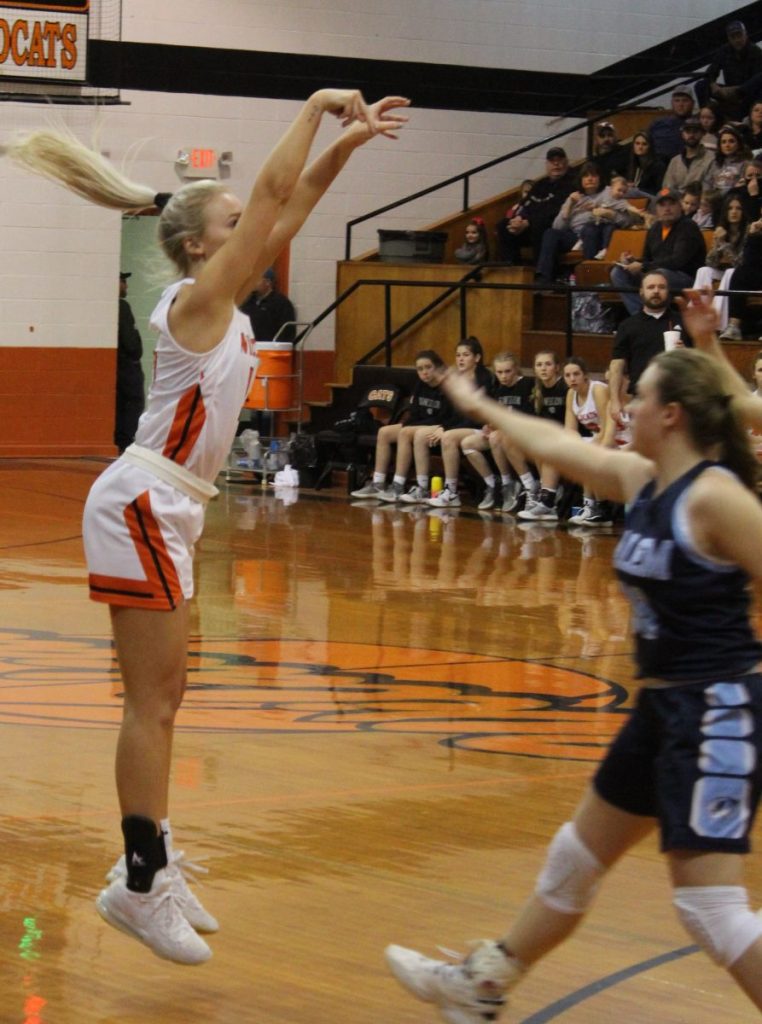 Next, the Varsity Lady ‘Cats faced the Salem Tigers. Licking’s Kasey Richards set the tone in the first quarter with two 3-pointers, keeping the score close, 12-13, at the end of one. In the second, Abbie Sullins connected from the top of the key for three with less than a minute on the clock. With 4.4 seconds remaining, Richards hit one of two free shots for a halftime lead of 24-19.

The third quarter was all Lady ‘Cats. Anna Sullins started with a three and Kiley Ingram followed with a drive up the middle. The two scored again then Abbie Sullins joined them with three to make it 38-21. Richards and Maci Sparks got in on the scoring, and by the end of the third, the Lady ‘Cats held a commanding 49-24 lead.

There was no looking back for the girls, as they posted a 56-37 win over the Salem Tigers.

The JV Lady ‘Cats fought hard in their last game of the season, but the Lady Trojans took the win, 50-39.

The tough Varsity Lady Trojans took an early lead, 25-16, by the end of the first quarter. The Lady ‘Cats battled back, and going into the fourth, had closed to within four, 40-44. Showing their never-give-up spirit, Licking took the lead and defeated Sparta, 57-52.

The Lady ‘Cats had a first round bye in Districts and were scheduled to play in the semifinal round Tuesday at Licking.