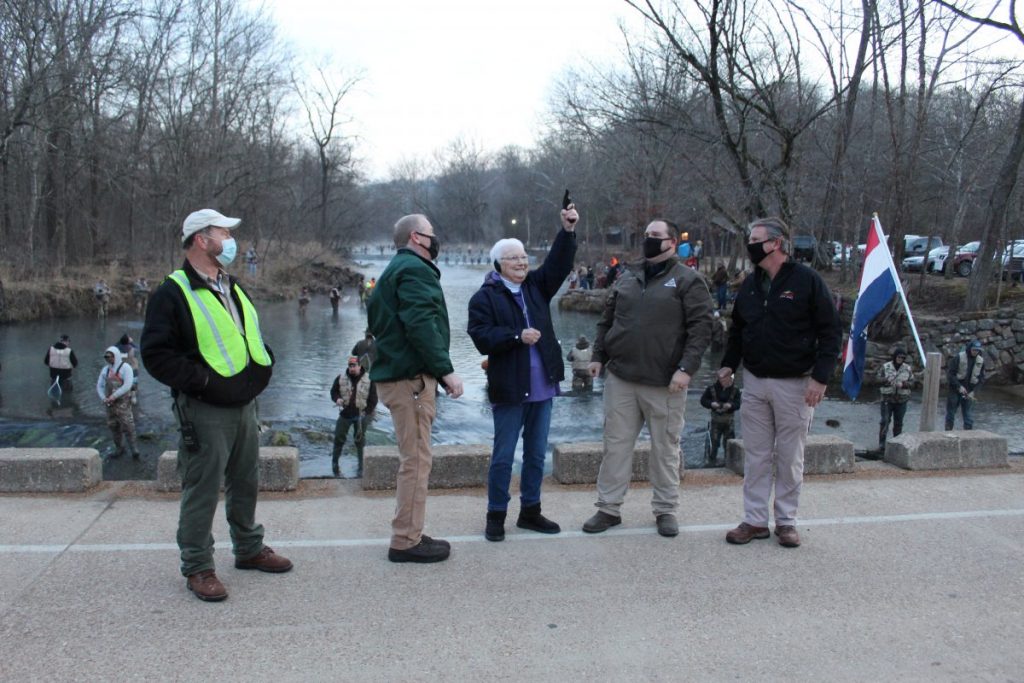 It was a chilly start to the opening day of the 2021 catch-and-keep trout season at Montauk State Park. Trout season opened on schedule, in much the same way as it has for years, giving even more reason to celebrate opening day after a year when so many things were restricted or cancelled.

After a little technical difficulty with the starting pistol, the horn sounded and the opening shot was fired. In less than a minute, fishermen and women were netting rainbows and browns. 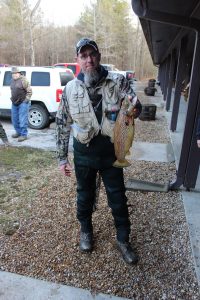 Fishermen brought their catches to the scales to get on the official lunker board. Justin Waneka from Rolla was the first on the board with his 5-pound, 2-ounce trophy. Mackenzie Thompson, Miss Salem 2020, and representatives from the Salem Area Chamber of Commerce weighed in lunkers and handed out trout decals. At times, the owners gladly relinquished hold of the wet, cold fish to have them weighed, using the respite to bury hands in pocket, easing the effects of the cold morning. 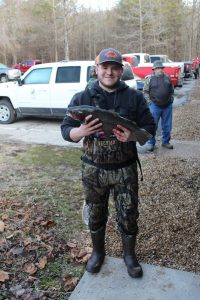 Photo by Shari Harris
This 5-pound, 5-ounce rainbow was caught by Cameron Fredrick of Mountain Grove.

By seven a.m., 1,429 adults and 172 children had purchased trout tags. The lodge reported they were full, and the competition for next year’s opening day rooms began at 8:15 a.m., when the first person started a line for the 1 p.m. opening of reservations. More fishermen arrived throughout the day, and the park recorded 1603 total adult tags and 190 children’s tags for the opener. The season lasts through October 31, 2021.