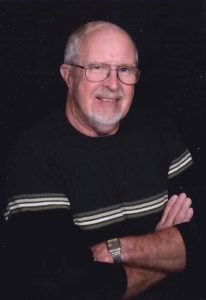 John Paul Buchanan, Jr., 71, was welcomed into his eternal home by his Lord and Savior, Jesus Christ, on March 13, 2021, at his home in Springfield, Mo., surrounded by his family. A gentle and honorable man, with a great sense of humor, he served his family devotedly and desired to live his life for Christ. While he was a man of few words, his wisdom and love for his family was evident in his advice and life. John, the son of John Paul, Sr. and Nora Faye (Day) Buchanan, was born on October 30, 1949, in Killeen, Texas. He was greeted in heaven by his Lord and his parents. He is survived by his beloved wife, Donna Elizabeth (McKinney) Buchanan; three daughters: Teresa and her husband, Matt Cody, Rachael, and her husband Matt Morrow and Samantha Herman and Chris Hall; and his grandchildren in whom he took such joy: Lauren and husband, Kyle Maples, Maya Herman, Anna Morrow, Alexander Morrow and Ethan Cody. He is also survived by his sister, Carol VandeVoort and her husband, Marty; nieces Becky Brown, Dakota Stout; and many great nieces and nephews whom he loved.

John grew up in Kentucky, but being in a military family, he lived in many places including Diepolz and Munich Germany. He graduated from North Hardin High School in Radcliff, Ky. in 1968. He attended college in Kentucky at Elizabethtown Community College. He began working as a technician at South Central Bell in Louisville, Ky., and worked until he was drafted in 1970. He joined the U.S. Army 1st Armored Division “Old Ironsides”. He attended the 7th Army NCO Academy in Bad Toelz, Germany and was assigned to physical security in Germany throughout the Vietnam War. He served honorably in the Army for three years and continued serving as a reserve officer for three more. He received the National Defense Security Medal and Sharpshooter Recognition Medal. After completing his service, John returned to working at South Central Bell as an installer and eventually a repairman supervisor in Nevada and Texas. He later transferred to Missouri where he made the decision that would change the rest of his life. Leaving the phone company to work as a caseworker for the Missouri Division of Family Services, he met his future bride, Donna. He retired from the state and returned to the phone company working for CenturyLink until his retirement 2015. He and Donna resided together in Solo, Mo. for 21 years before moving to Springfield in 2020 to be near family.

Online condolences may be sent to www.evansfh.com.