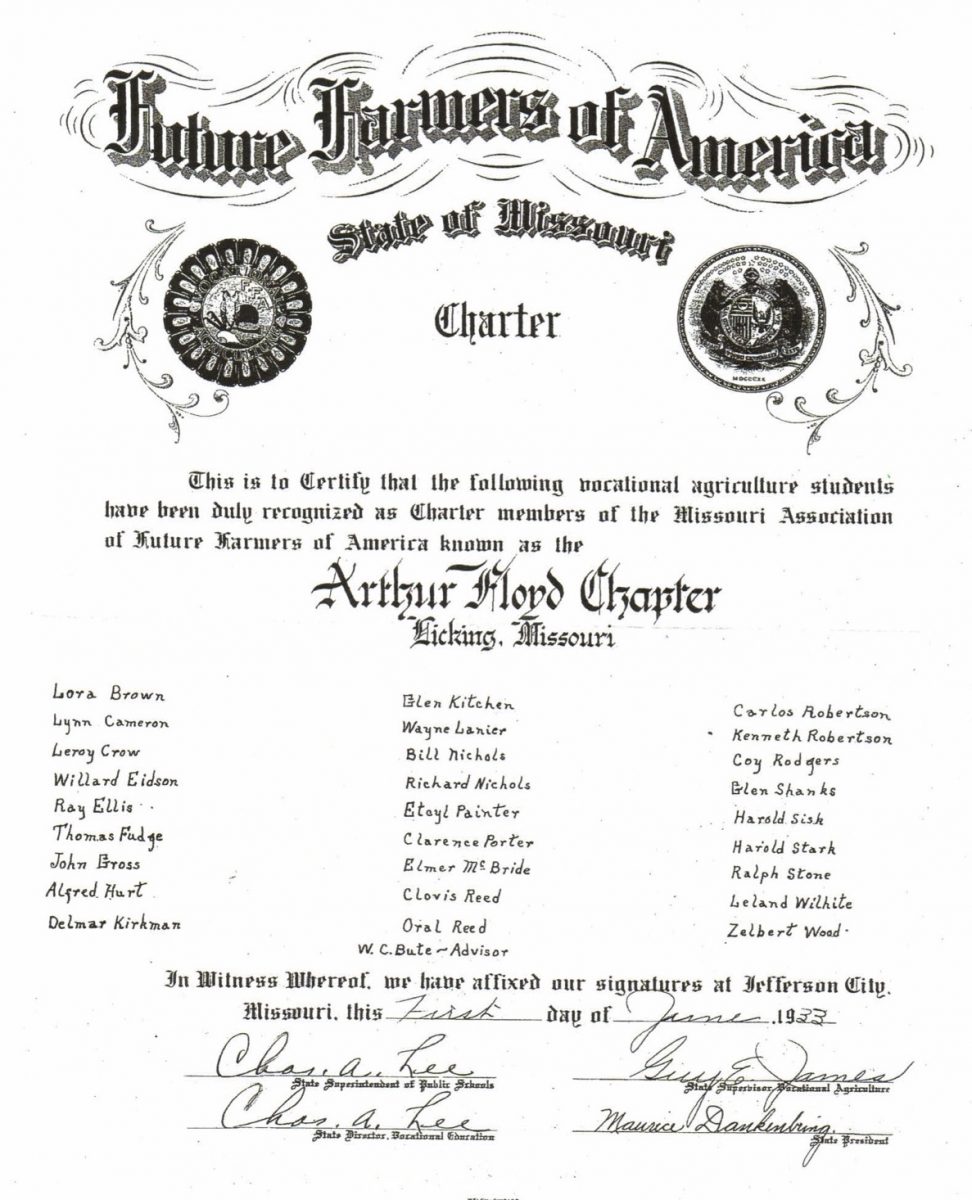 Chartered on June 1, 1933, the Licking FFA is still going strong after 88 years. Historical documentation dated June 26, 1925, states that the vocational agriculture course was to be installed in the Licking High School “this coming year,” and reportedly FFA meetings were actually being held in Licking as early as Sept. 26, 1930, at least three years prior to the charter with the State of Missouri.

The Licking Future Farmers of America was chartered as the Arthur Floyd Chapter. 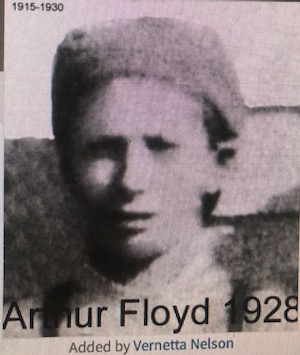 Who was Arthur Floyd and why was the local chapter named in his honor? Arthur Wesley Floyd was the son of Peter Thomas and Eda Vernetta (Wallis) Floyd, born October 23, 1915, in Dent County, Mo. Perhaps Floyd participated in the local FFA meetings being held prior to Dec. 22, 1930, and was therefore honored by the participating members. At the age of 15, “Arthur became ill and was taken to the hospital at Rolla. They diagnosed appendicitis and did surgery (only to find) his appendix was healthy. He died of Spinal Meningitis,” on Dec. 22, 1930, in Rolla. Floyd is buried at Patterson Cemetery in Dent County. Seven siblings survived Floyd; the last was deceased in 2003.

Multiple generations of local families have belonged to the Arthur Floyd Chapter, Licking, among them the Duncan family, descendants of the original charter members.

Check out the FFA Section in this week’s print edition of The Licking News!