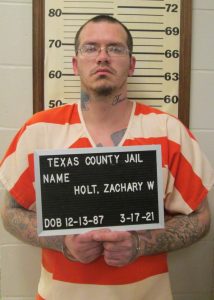 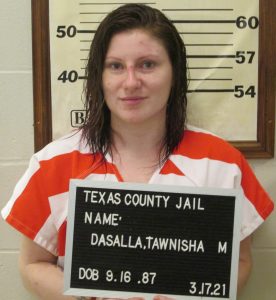 On the evening of March 17, 2021, Texas County Deputies patrolling Shafer Road, in the Licking area attempted to make a traffic stop on a Ford truck. The driver of the truck did not stop, and deputies initiated a pursuit that traveled across Buffalo Road to State Routes AT, N and AF. While traveling west on Route AF the truck entered a private drive and a wooded area and became stuck. Deputies were able to take the driver and a passenger into custody without incident.