The Licking R-VIII School Board will have two vacated seats to fill in this year’s General Election on April 6. The newly elected will start their three-year term on April 12. Two incumbents who hope to retain their positions and one candidate are running to fill the vacancies. The decisions made by the board in ensuring a safe, welcoming, learning environment for area students, retaining qualified staff, and maintaining a balanced budget are of significant importance to the school district and the community. 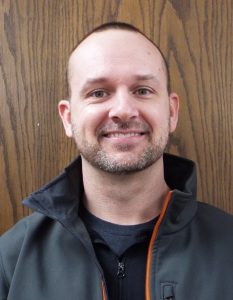 Incumbent Rawly Gorman has served three terms on the school board, beginning in 2012. He maintains he has no “agenda” per se; he desires to continue serving his community on the school board. Gorman lists his objectives as, “To glorify God in everything I do, to place the interest of the students as top priority, to work with the school board to help provide a safe school district for the students, to hire the best teachers and to provide the best education possible.”

Gorman is a 1996 LHS graduate who continued his education at the University of Missouri – Columbia, graduating with a Bachelor of Science degree in Forestry. He worked three years as a forester with the Conservation Department and continued his career with the U.S. Forest Service for an additional 10 years.

In 2013 Gorman began his career in banking as a loan officer with Town & Country Bank in Licking. He became the Licking bank Branch Manager in 2019 after the retirement of Rick Ogden.

Education is a tradition in Gorman’s family; his father, Gary, was a high school counselor and coach for over 30 years; his mother, Norma, an elementary teacher. Two sisters, Leah Sullins in Licking and Micah Kimrey in Arizona, are also teachers. “School board participation is my contribution in the education field,” said Gorman.

Gorman has three children, one in high school, one in elementary school and a three-year-old. He initially began with the school board due to a desire to be involved in the community, and having young children, developed an interest in how the school and school board functioned for the students, parents, educators and community. He is seeking election for a fourth term to stay involved and because he continues to feel called to serve.

Serving on the school board opened his eyes to the complexity of the decisions that are faced by the board and the administrators. “I am proud of the board for the challenging oversight decisions that have been made, which includes the budget and use of funds, hiring of a new superintendent and principals and the tough decisions that had to be made due to the COVID-19 situation.” Gorman has also spoken with state elected officials to promote funding for rural schools such as ours.

Now seeking reelection, he hopes to bring back to the board his overall experience of service on the board and a solid background in financial matters.

“The board always places the students as our top priority in every decision we make, as do the educators, support staff and administrators,” reiterates Gorman. As a school board member he recognizes that he, too, is an elected official and must answer to the public as a liaison between the school and the community. “It is important to maintain transparency to the community we represent and remember that we, as board members, serve our students and community and have a responsibility to maintain open lines of communication.” 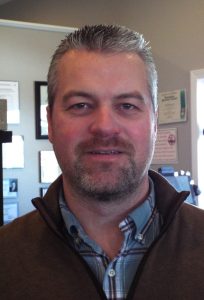 Incumbent Jeremy Rinne is a 1995 LHS graduate who has served on the school board for the past three years and wishes to continue his position; he feels he can continue to bring a different perspective to the table at times.

Rinne’s oldest son, Carter, graduated from LHS in 2019, son Keyton is a sophomore and daughter Mya is in the seventh grade at Licking schools.

“My life has provided the opportunity to see other people’s perspective on many topics, to go along with my own personal life experiences. I have also had the pleasure of learning from a number of people with strong leadership skills. The combination of these two help me to understand the importance of strong decision-making skills while always trying to keep the big picture in mind,” shared Rinne.

Rinne attained a Bachelor of Science degree and Doctorate from the St. Louis College of Pharmacy. He practiced as a pharmacist for six years before becoming Director of Pharmacy at Burrell Behavioral Health for seven years. He, wife Nicolle and their three children came back to Licking in 2015, where he continues his pharmaceutical career as the owner and pharmacist at Rinne Pharmacy. Rinne shared, “With each career move my job description increased in both responsibility and leadership requirements.”

“I strive to be an honest person that lives with integrity and with knowledge in business and healthcare,” said Rinne. 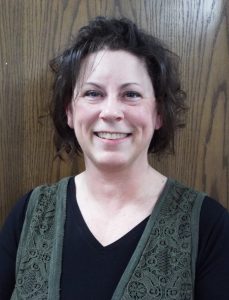 Candidate Heidi Moloney is a 1994 Licking High School graduate. Her husband Matt, a life long resident of Licking, is a 1992 LHS graduate. Moloney is a mother of four and grandmother of three. Three of her children are also LHS graduates and daughter Riley is a freshman at LHS. Her other two daughters both reside in Licking; Alissa is a stay-at-home mother, married to Dylan Vestal, and Madeline is employed at Town & Country Bank. Also residing in Licking are her grandchildren; one attends the Wildcat Early Learning Center. Her son, Seth, currently resides in Alaska and is serving in the United States Army as a Combat Medic.

Moloney moved to Licking while in the first grade and, except for a short duration as a child, has resided here. Her father, Larry Guffey, was in the military stationed at Fort Leonard Wood and served eight years on the City of Licking – Board of Alderman and numerous years on the Licking Volunteer Fire Department.

She began employment with Rawlings in Licking and is the last Licking employee to retain her employment with the company. Moloney will have been with the company 25 years in October and is an IT Configurator Specialist; she helped set up their initial technology-based ordering system and continues to maintain the aspects of that system.

With Moloney’s candidacy for the school board, she expresses her wish to become more involved and be more hands-on with the school system. She wants to give back to the community now that there is more time for that involvement. Moloney seeks to work collectively with the board, with an open mind.

“Not having ever thought about being a board member, I was asked by others if I would consider running. I attended a board meeting and it piqued my interest. It brought an awareness of the issues being faced by the school system; retaining good teachers, teachers’ pay, facilities. I saw the possibility of being a productive member, specifically as a liaison between the community’s input, questions and concerns, but also as an active member of the community. Community participation in resolving those issues is needed.

Your vote counts; go vote in the General Elections on Tuesday, April 6!