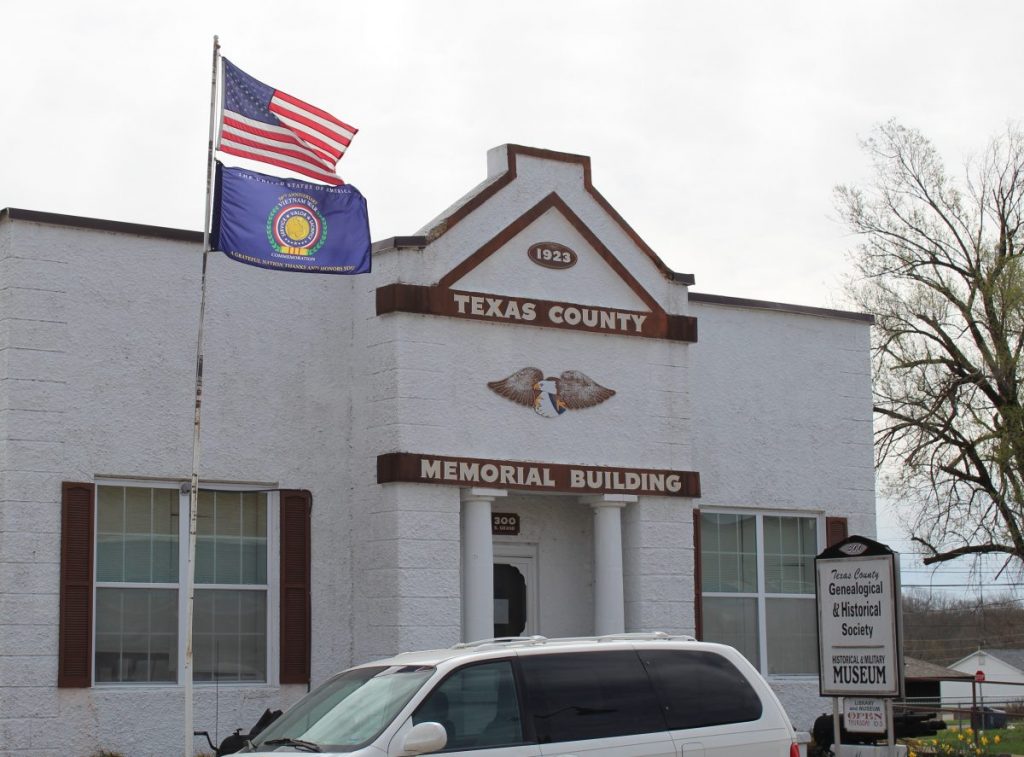 Photo Shari Harris
The flag commemorates the service, valor and sacrifice of servicemen and women who served during the Vietnam War and reads, “A grateful nation thanks and honors you.”

In 2008, Congress passed Public Law Section 110-181 SEC.598 authorizing the Department of Defense to establish The United States of America Vietnam War 50th Commemoration, to assist a grateful nation in thanking and honoring our Vietnam veterans and their families. On Memorial Day 2012, at a ceremony held at the Vietnam Veterans Memorial in Washington D.C., the President of the United States officially launched the national commemoration of the 50th anniversary of the Vietnam War. The program will run until Veterans Day 2025.

In late October of 2012, The United States of America Vietnam War 50th Commemoration established the Commemorative Partner Program, a hometown-centric, veteran-focused initiative designed for federal, state and local entities and communities, veterans’ groups, civic groups, industries, businesses, museums, libraries, schools, educational institutions, associations and many other organizations to assist a grateful nation in thanking and honoring Vietnam veterans and their families where they live.

March 29 is observed as National Vietnam War Veterans Day. The Texas County Historical and Military Museum, along with veterans’ organizations across the county, will be hosting several events over the next three years to honor our Vietnam War veterans in the county. Beginning Thursday, March 25, through April 1, 2021, the 50th Commemoration flag was flown at the Memorial Building in Houston.