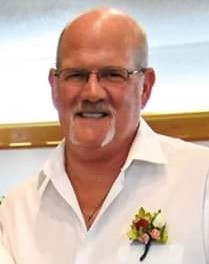 He is survived by his wife, Tracy (Robbins) Lyons of Cabool, Mo.; mother, Carolyn Lyons; brother, Robert Lyons; nephew Tony (Chrystal) Lyons; two great nieces, Robin and Rebecca; and one great nephew, Michael, all of Licking. Special mention of people Thomas claimed to be his own are Nick and Ashtin Masters, Dylan and LaDana Smith, as well has grand kids Cheyenne Latham and Morgan Masters, all of Cabool.

Thomas grew up in Licking from the age of 8 years old. He attended Licking Elementary and graduated from Licking High School.

After graduating, Thomas joined the United States Marine Corp.; he served from 1982 – 1986. He was an F-18 Fixed Wing Structure Mechanic. Thomas received the USMC Good Conduct Medal. Thomas then joined the United States Army and served from 1986 – 1994. He was a Wheeled Vehicle Mechanic and received numerous decorations including the U.S. Army Good Conduct Medal.

Thomas rededicated his life to our Lord and Savior in 2015. He became a member of the Cabool Assembly of God in Cabool in 2020.

He was a fan of NASCAR and Dale Earnhardt, Sr., watching stock car racing, demolition derbies, and dirt track racing. Thomas enjoyed mowing and taking care of his yard as well as the yard at church. He enjoyed customizing his vehicles, spending time with his family and loving on his dogs, Zoey and Oreo.

Thomas was loved beyond measure, blessed to have so many wonderful people in his life, and will be greatly missed.

The family is hosting a Visitation Saturday, April 10, 2021, from 1 to 2 p.m. at Cabool Assembly of God Church with a Celebration of his Life beginning at 2 p.m. In lieu of flowers, donations are appreciated to the Tom Lyons Memorial Fund. Cremation was under the direction of Evans Funeral Home.