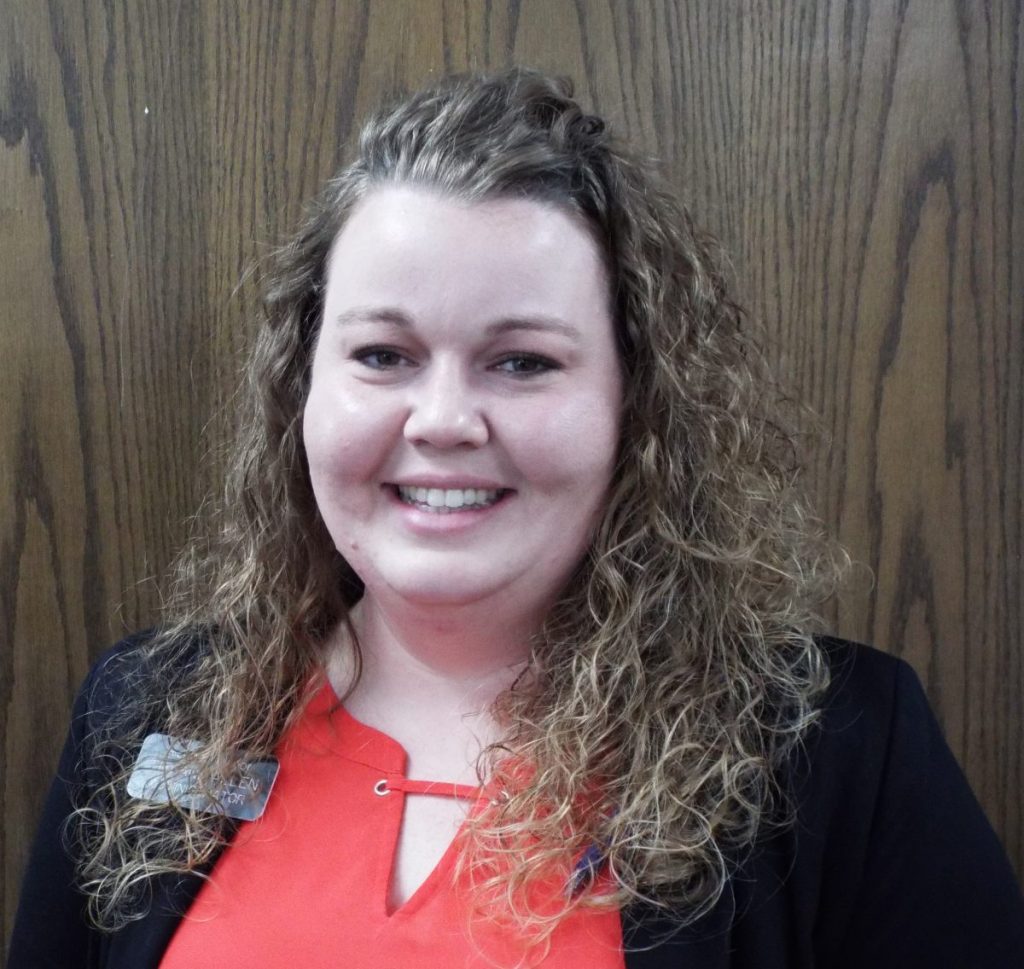 Hickory Manor Administrator Tiffani Allen shared that volunteering has definitely changed due to the pandemic; what hasn’t changed is the many in our community who have innovatively continued to do so, including the members of her staff. Many people gave gifts that keep on giving.

“Volunteer Georgia McCoy has consistently acknowledged every holiday, pre-COVID continuing through COVID, and carries on today for Hickory Manor residents and staff,” said Allen. “She brings gifts for everyone at the holidays.” Residents and staff are familiar with McCoy and are appreciative of her remembering them.

Churches including First Baptist and Boone Creek Baptist have continued delivering gifts and tokens of affection so residents will know they are not forgotten.

Sara Lane has continually brought food for the staff, and she and her church members made much appreciated personalized encouragement cards.

A “crafty” staff member also makes cards for the residents; Allen recalls one of the new residents cried when presented a card, saying that they had never before received one.

“The staff has gone above and beyond,” said Allen. “We’re like a family that includes residents and staff; they’re great!”

It’s the small things that make a world of difference for those in nursing home care and the staff does everything they can to see to the small things. “Several of the residents love to sit on the back patio, especially in good weather. Residents gathered on the patio last week said they would like some boiled eggs. The staff went shopping and the next day, the residents had their boiled eggs, with salt,” shared Allen. 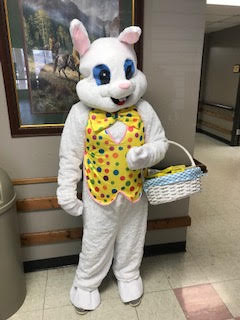 While the traditional city Easter Egg Hunt was not held this year, the staff hosted an in-house egg hunt, which included their children and residents with their grandchildren and great-grandchildren. The Easter Bunny happily made his appearance!

Hickory Manor is being allowed to minimize visit restrictions, but for many long months only “window” visits were allowed. Family members of the residents expressed their support not only for their loved ones, but also at the windows of residents who had limited or no visitors.

At the beginning of the pandemic, several businesses and some families worked together to ensure the delivery of flower bouquets to each resident for several weeks ongoing. 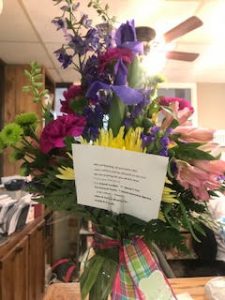 Kinder Feed and Farm donated birdseed during the shut down for the residents who enjoyed bird watching.

May 9, 2020, the Route 63 Car Club, local businesses and other participants held a much-enjoyed parade in front of the facility.

Three Rivers Hospice brought a miniature horse to visit, which was allowed entrance. One feisty resident declared, “A horse in the house, shame on you,” but overall the miniature horse was welcomed.

Ted Jenson, retired military, voluntarily held the mike outside in honor of Veteran’s Day; residents inside the facility could hear his acknowledgment of those who had so honorably served our country.

Allen and the other department heads are also giving back to the community; they volunteer by delivering Licking Senior Center meals one day a week to the homebound and call-ins. “We love it,” said Allen. “We get to visit and reminisce with people; for some of the staff members it’s people they’ve known all their lives.”

Allen, the residents, their families and the staff are very appreciative to the whole community of volunteers that enhances the lives of those at Hickory Manor.