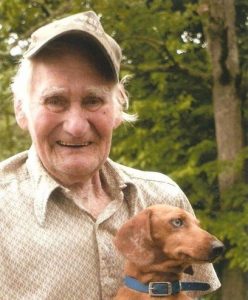 Charles “Junior” Ritz was born on May 22, 1936, in Licking, Mo., and went home to be with our Lord on April 13, 2021. Preceding him in death were his parents, Charles Edward Ritz and Marie Wiggins Ritz; brothers, Lesley Ritz and Gary Ritz; and his beloved wife, Rose.

Junior was a minister for many years. He retired when his health prevented him from preaching. He loved spending time with his family and friends. He enjoyed his dogs, riding his 4-wheeler and having barbecues. He loved to sit on his picnic table under the “blessing” tree. He was loved by many and will be missed so much. He is finally at peace with his beloved Rose, who he has missed so very much since she passed in 2014.