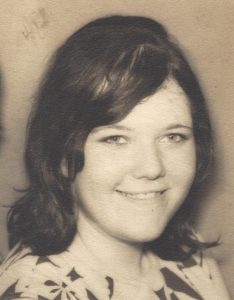 Mrs. Dorothy Kay York, daughter of the late Leo Kell and Wanda Paterson, passed away on April 13, 2021, at her home surrounded by her loving family.

Dorothy Kay York was born on May 25, 1950, in St. Louis, Mo. Dorothy attended elementary and high school in St. Louis but spent most of her summers in Raymondville, Mo. While spending time in Raymondville she met Raymond Henry York at the tender age of seven years old. They were married on July 27, 1968. Dorothy and Raymond were blessed with two children, Laura Riedel and Kevin York. Dorothy had one son in law, Mark Riedel. Dorothy had five grandchildren, Brittany Calvez, Amber Haas, Trisha Drennen, Brandi York and Devin York. Dorothy had 14 great grandchildren. Dorothy is preceded in death by her sister, Hellen Morgan; brother, Leonard Wayne; grandson, Anthony Dean Thompson; and great grandson, Abel B.

Dorothy loved spending her holidays surrounded by her family and friends. Dorothy enjoyed playing bingo and the occasional trips to the casino. She loved to read and listen to country music; Patsy Cline and Alan Jackson were always some of her favorites.

The Serenity Prayer was her favorite prayer: “God grant me the serenity to accept the things I cannot change, the courage to change the things I can, and the wisdom to know the difference.”