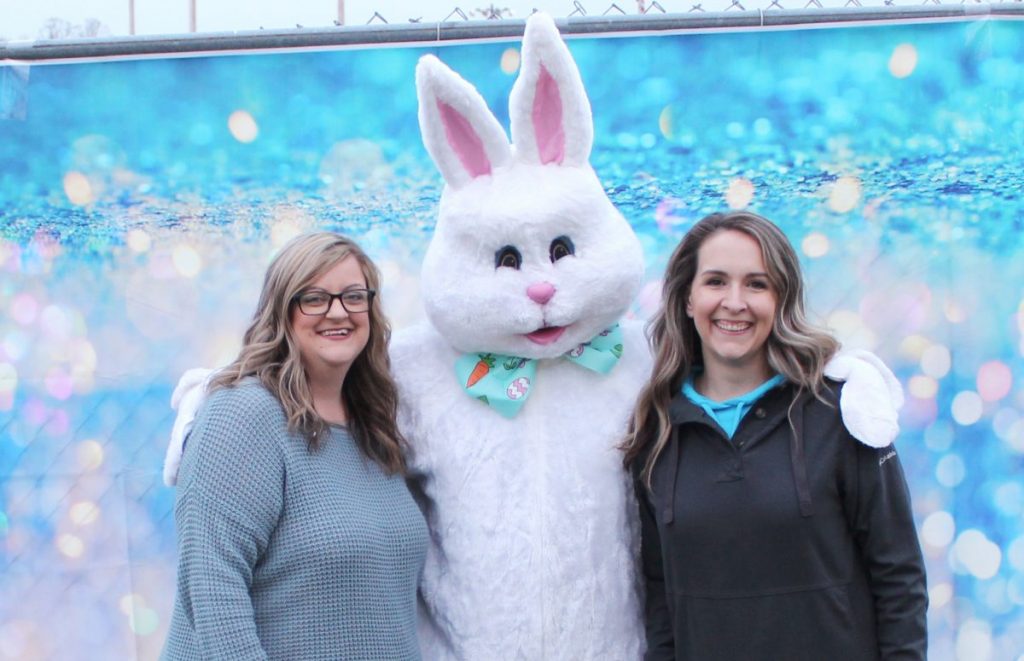 By Gracelyn Wesley and Shari Harris

The Flashlight Easter Egg Hunt at Deer Lick Park was held at 8 p.m. on April 17. Amber Ramsey and Carla Jo Elliott organized the event for the first time this year, and more than 70 children braved the cool temperatures to collect the eggs. 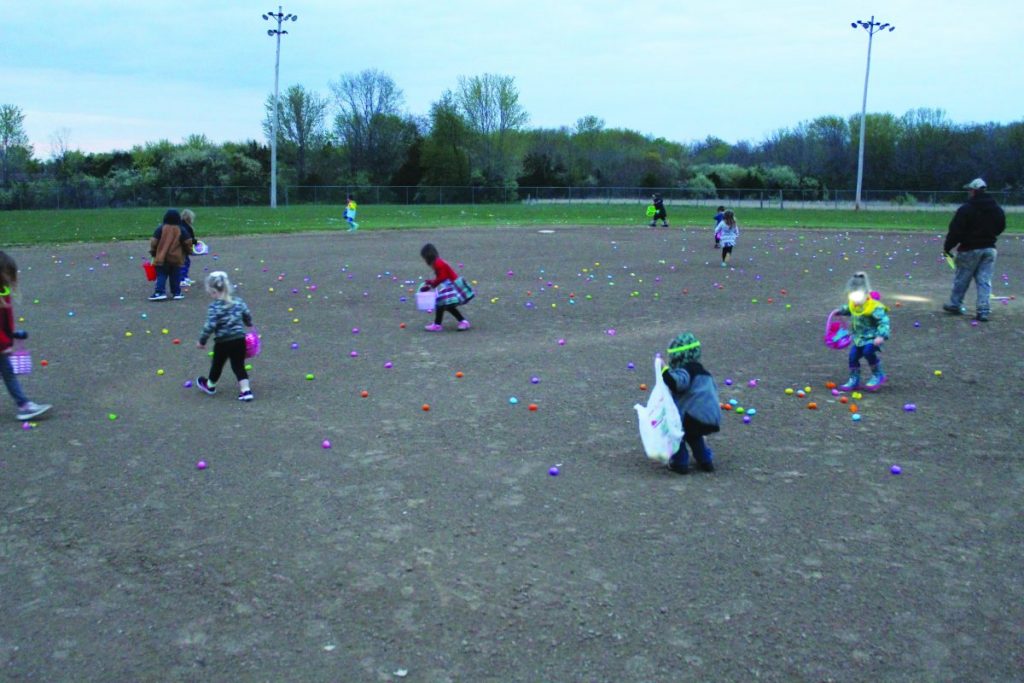 The festivities began around 7:30 p.m. As children arrived, they received a glow stick and a ticket for a free ice cream at Hood’s Frosty Treat in Licking. The Easter Bunny was on hand for children to visit, and parents were busy capturing the moment on their cell phones. Coloring tablecloths covered several tables at the pavilion, with crayons available for anyone interested. Even more tables were covered with prizes from which the children were able to choose after hunting eggs.

Children were divided into four age groups: 0-3, 4-6, 7-9, and 10-plus, with separate areas for each group. Four golden eggs were included in the hunt, one in each age group. The lucky finder of the golden egg received a gift card to Sonic, Apple or PlayStation. The ratio of eggs to children was high, and baskets were heaped with eggs. Some children took off their shoes when their baskets were full and gathered eggs until their shoes overflowed.

Initially it seemed Licking would have a second consecutive year without an Easter Egg Hunt, but thanks to Ramsey, Elliott and a community that rallied around them, the tradition continues. Stay tuned next year for another fun-filled Easter event.