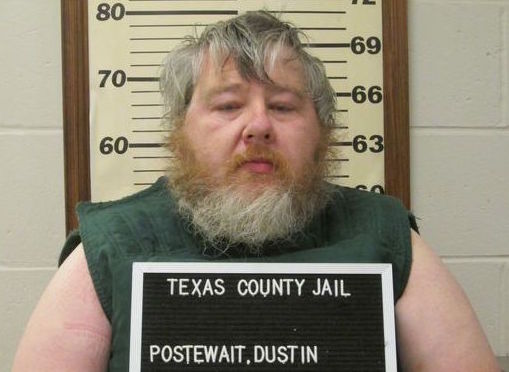 On Thursday, May 6, 2021, Dustin Dewayne Postlewait, age 40, of Houston, Mo., was arrested in the 700 Block of Sommerfield Drive in Houston for Possession of Child Pornography. Postlewait was incarcerated in the Texas County Jail pending warrants.

The charges for which Postlewait have been arrested are merely accusations and are not evidence of guilt. Evidence in support of the charges must be presented before the court of competent jurisdiction whose duty is to determine guilt or innocence.