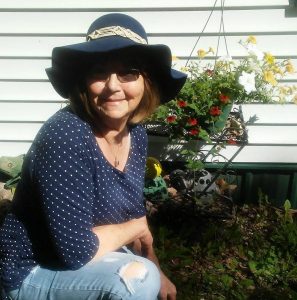 Georgina “GiGi” Washington (Davenport) Richards was born on February 22, 1950, at home in Old Success, Mo. She was 71 years old when she passed away from a short battle with lung cancer on May 24, 2021. She was welcomed into heaven by the Lord, her parents, siblings, and her husband of 44 years. GiGi was the youngest daughter of seven children born to John and Mary Opal (Davis) Davenport. She grew up in Old Success playing in the creek below their house, playing jacks and making mud pies.

Later, as a young girl, she moved up on the hill in the house her father John Davenport built. She attended Gladden school and later was one of the first students to attend the new Success Elementary School. At the age of 13, GiGi went to work at Neva’s Cafe. A few years later she met Marwin “Barney” Richards, fell in love, and married March 19, 1966. While they lived in Houston, they had their first precious daughter Kimberly. They later built a house in Success that was connected by a short path to her parents’ house. There they had two more precious daughters, Brook and then Lori.

She worked at several jobs throughout the years. She babysat, worked at a Stave Mill in Edgar Springs stacking staves, H.D. Lee’s and Brown Shoe Factory.

The family moved for short periods of time to Newburg, then Rolla, followed by Kansas and Oklahoma. They had bought her parents’ home and lived there until they passed. While in Oklahoma she graduated from Cosmetology school. Shortly after moving back, she opened her own successful hair salon that her husband built next to their house. Later, she moved her hair salon to Houston until she retired in 2010. During this time, her family grew, adding 11 more grandchildren and 27 great grandchildren with twins due any day.

She was a strong Christian woman and saved at a young age. She taught Sunday School at Success Baptist Church for many years. She enjoyed family gatherings, cooking scrumptious meals, reading, writing poetry, storytelling, decorating, and could be most often found either on her screened in back porch enjoying nature or looking around her yard at her many flowers, and working in the garden. GiGi was a wonderful loving wife, mother, grandmother, great grandmother, sister, aunt, cousin and friend.

She was preceded in death by her parents, John, and Mary Opal Davenport; her siblings, Clarence Davenport, Pete Davenport, Violet Herndon and Nina Hargis; and her husband, Marwin “Barney” Richards.

Memorials are suggested to Oakland Cemetery, in lieu of flowers. Online condolences may be sent to www.evansfh.com.