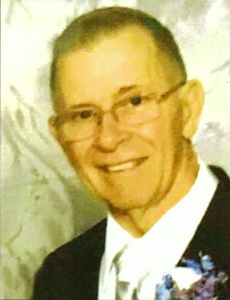 Ronald was born May 2, 1942, the only son of Lott Daniel Tennant and Frances “Betty” Jean Stein of Caseyville, Ill. He married Grace Orme on December 17, 1966. To this union, three daughters were born, Lucretia, Mary and Danielle Tennant. Grace preceded him in death, March 14, 2008. Ronald married Kay Anna Gaerte on February 21, 2009.

Ronald was preceded in death by his parents; his first wife, Grace; and an infant sister, Sharon Jean Tennant.

Visitation was Monday, May 24, 2021. Funeral services were May 25, 2021, with military honors at Camp Butler National Cemetery.

Ronald was a military veteran, serving six years in the United States Air Force and 26 years in the Illinois National Guard before retiring. He worked for SMTD driving a public bus and for the Secretary of State Motor Vehicles office. He was a member of the Church of Jesus Christ of Latter Day Saints and was a scout leader for many years. Ronald loved Cardinal games and was a member of the Capital Area Band, playing clarinet. He will be missed by all who loved him.

Contributions may be made to the Wounded Warrior Project or the Animal Protective League in the name of Ronald Daniel Tennant.