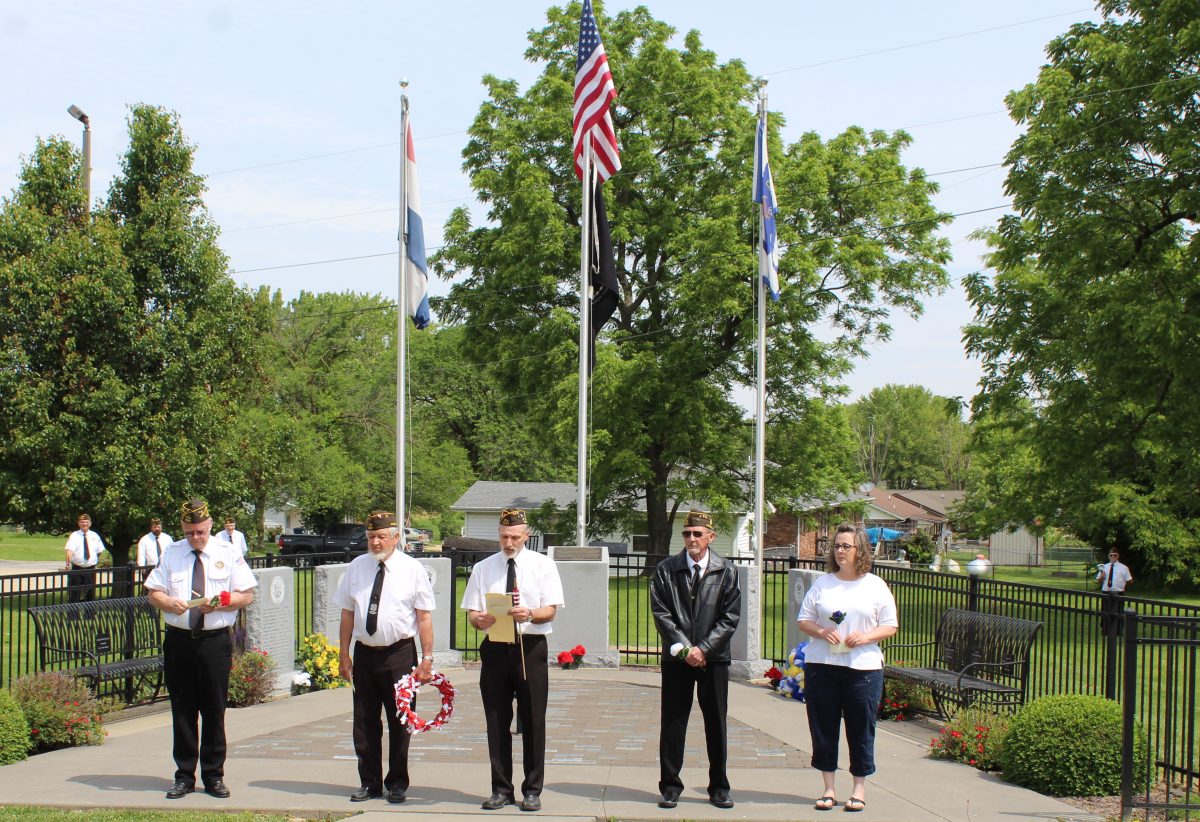 The annual tradition of honoring Memorial Day resumed this year at the Memorial for the Fallen in Licking, Monday, May 31. Licking VFW Post #6337 presented the service. The words spoken in honor of those who gave all for our freedoms, followed by the rifle salute and the playing of TAPS, made a fitting tribute on Memorial Day.

The Memorial for the Fallen has been the site for the ceremony since 2015, with the exception of 2020, when Covid concerns caused the event to be cancelled. Prior to 2015, services were held either at the Licking Cemetery or at Boone Creek Cemetery, alternating between sites.

Approximately 20 people gathered in the warm May sunshine to observe the solemn event, and many remained afterward to share stories and read the names of those honored at the memorial. 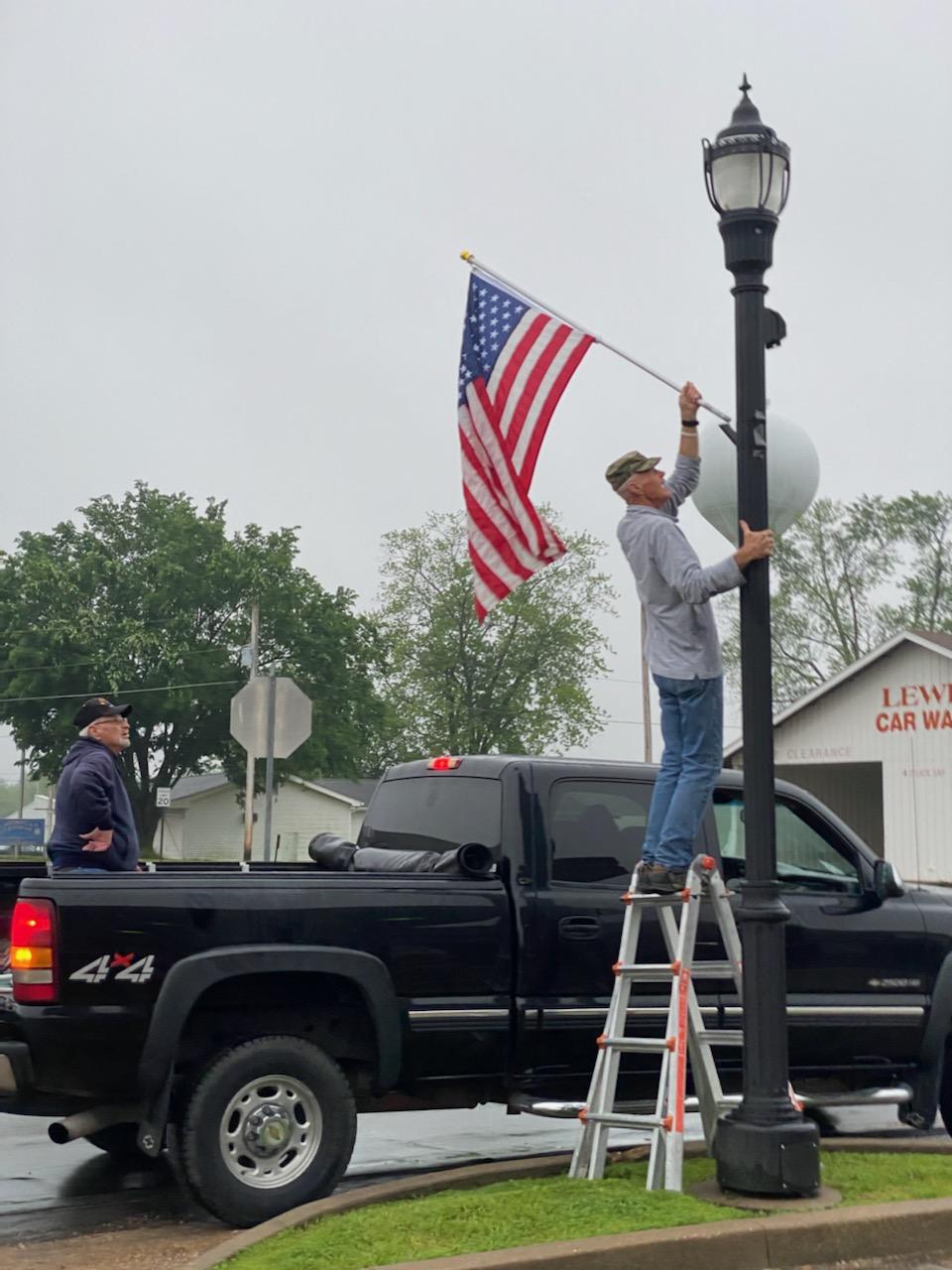 Photo by Mike Aiken
Early Friday morning, veterans Wayne Hackman with the assistance of Stanley Ritz (left) and John Whelan (driver) placed the American flags in Licking. Memorial Day honors the military personnel who have died in the performance of their military duties while serving in the U.S. Armed Forces.