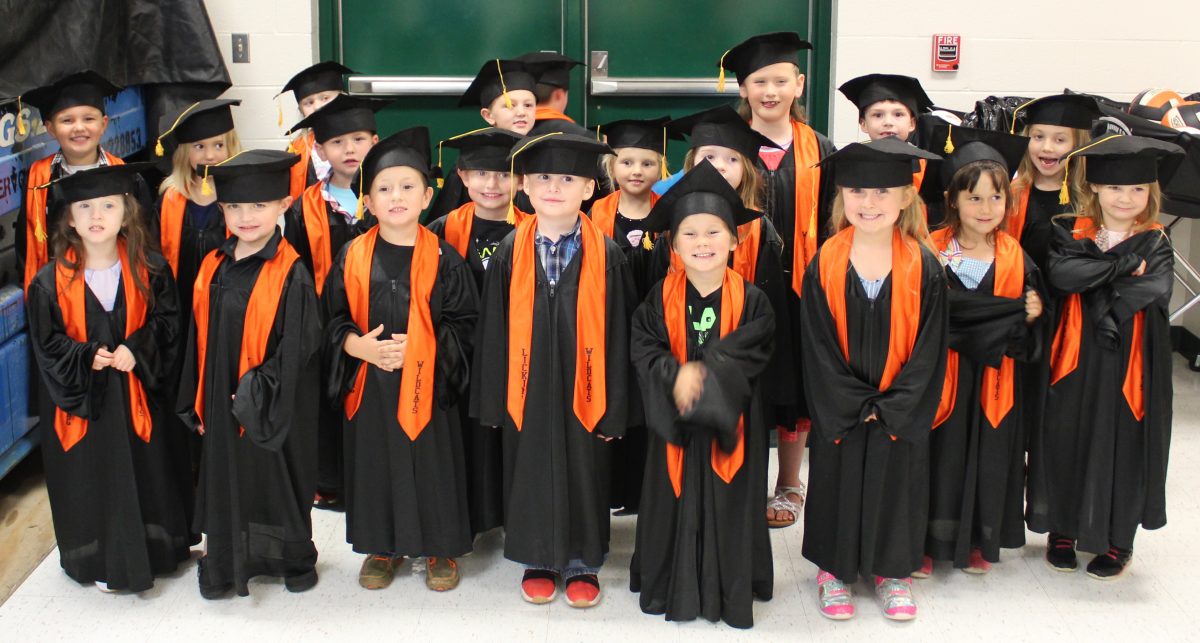 Photo by Shari Harris
The Wildcat Early Learning Center held their preschool graduation for an excited group of youngsters on Thursday, May 27. Despite a technical glitch with the sound, the children persevered and sang to their families before ending with a tribute to Elementary Principal Brad Cooper, wishing him well as he leaves for the Plato School District. Children received certificates and attendance awards at the event and celebrated with cake and cookies. Multiple generations of many families attended the event to congratulate the children and wish them well as they proceed to kindergarten next school year. Graduates are, from left, in the front row: Thea Ellis, Cooper Pounds, Knoxyn Kinder, Oliver Satterfield, Kolton Lane and Rynlee Backues; second row: Kender O’Daniel, Annaliese Beers, Saulyer Rector, Cody Record, Kennedy Cooper, Savannah Glidewell, Olivea Graen and Julianna Wamsley; and back row: Jasmine Smith, Sawyer Nelson, Daniel Clouse, Lacey Sullins, Deagan Vestal and Kinley Reeder.