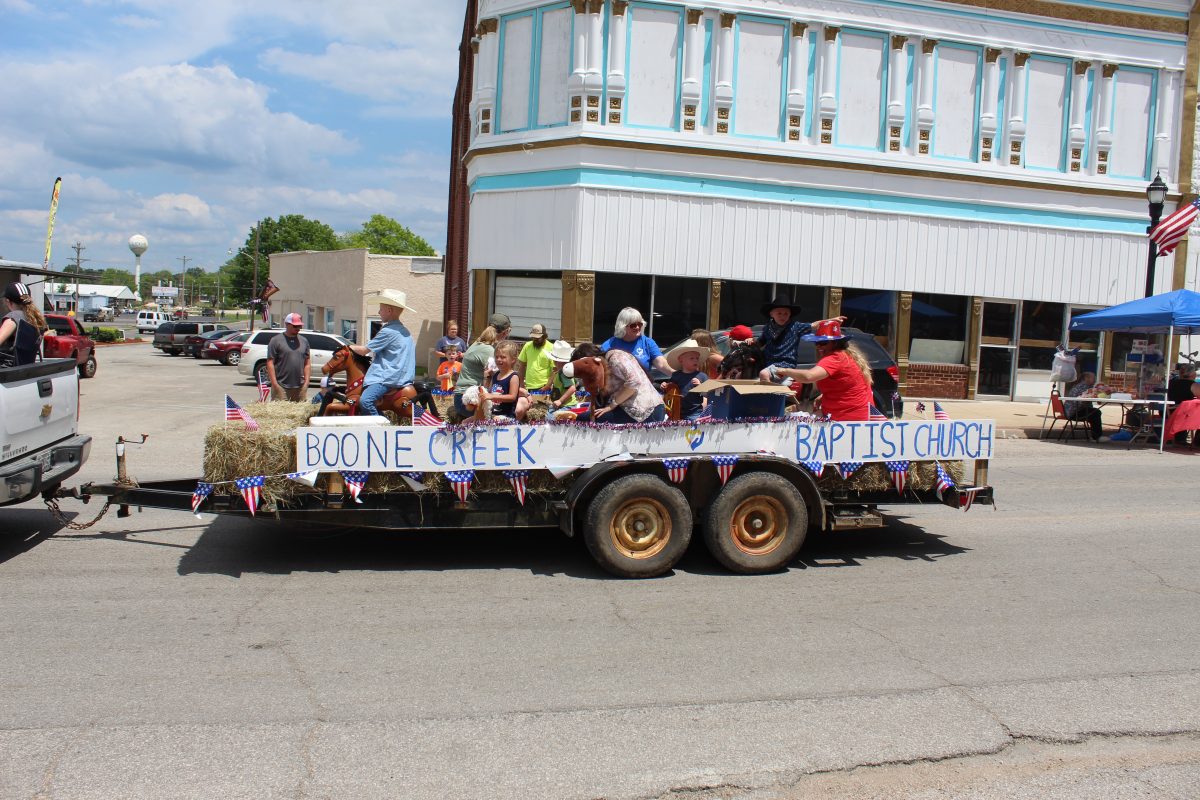 Photo by Shari Harris
The rodeo parade was popular, as children and their families lined Main Street to see the classic cars and truck, horses, floats and more. The candy thrown out in large volumes added to the children’s interest. The winners of this year’s rodeo parade, themed “Back in the Saddle Again,” were, first place Boone Creek Baptist Church, with one of their three vehicles shown above. Below is second place winner Town & Country Bank. “Thank you to Jimmy Sherrill and the men and women of the Licking Rural Fire Department, along with the Licking Police Department and all those who participated in the parade,” says parade organizer Haley Floyd-Joyner, on behalf of the Licking Chamber of Commerce. 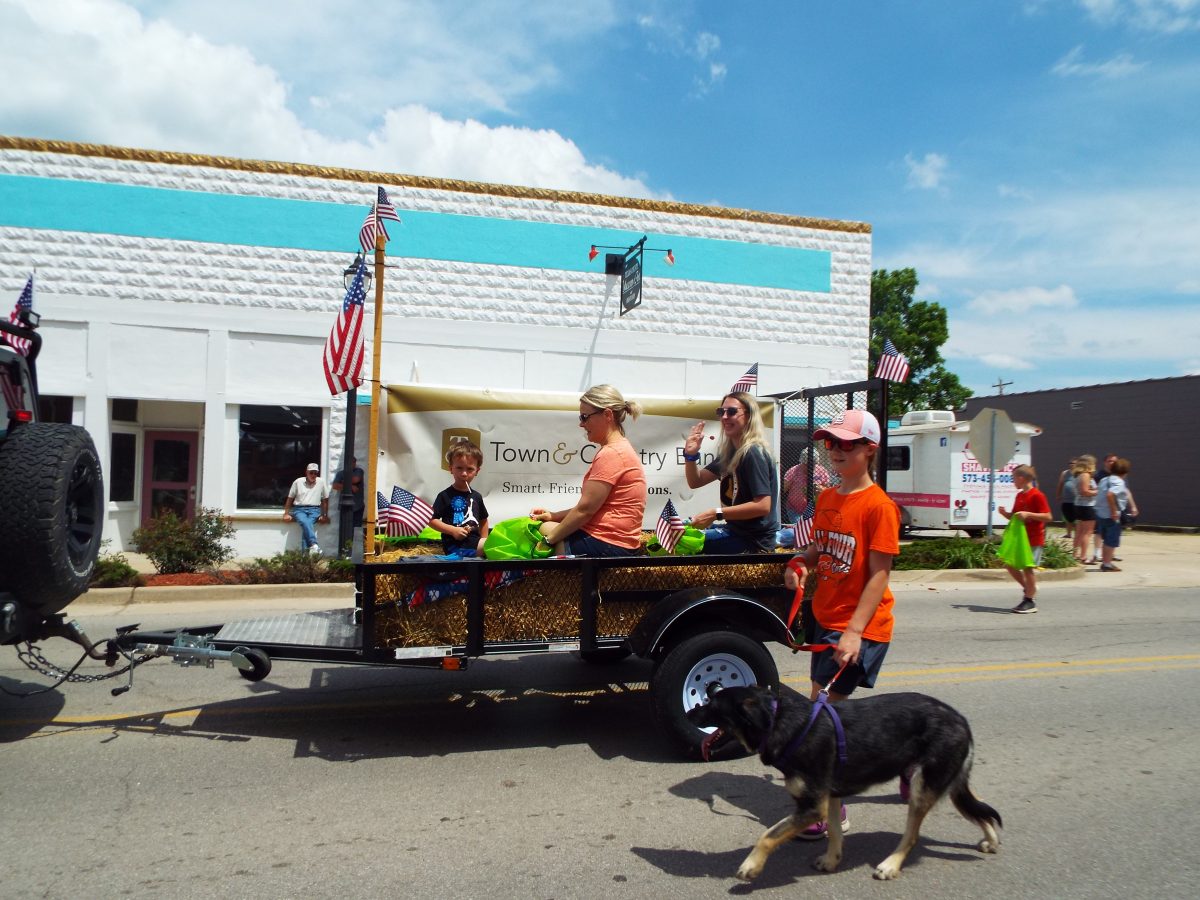 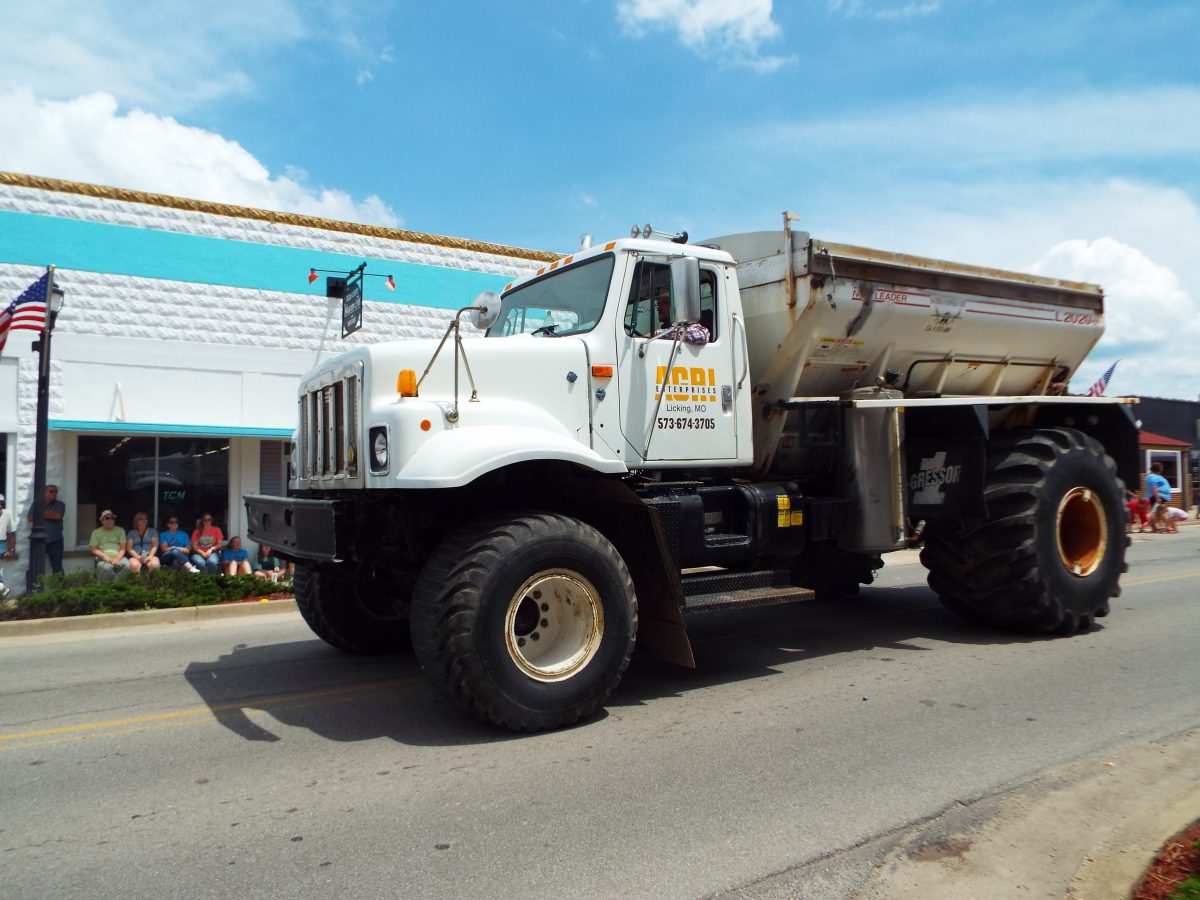 Photo by Christy Porter
Agri Enterprises won third place in the Rodeo parade Saturday with their three-vehicle entry of two trucks and an ATV with a rider astride a saddle in the back.