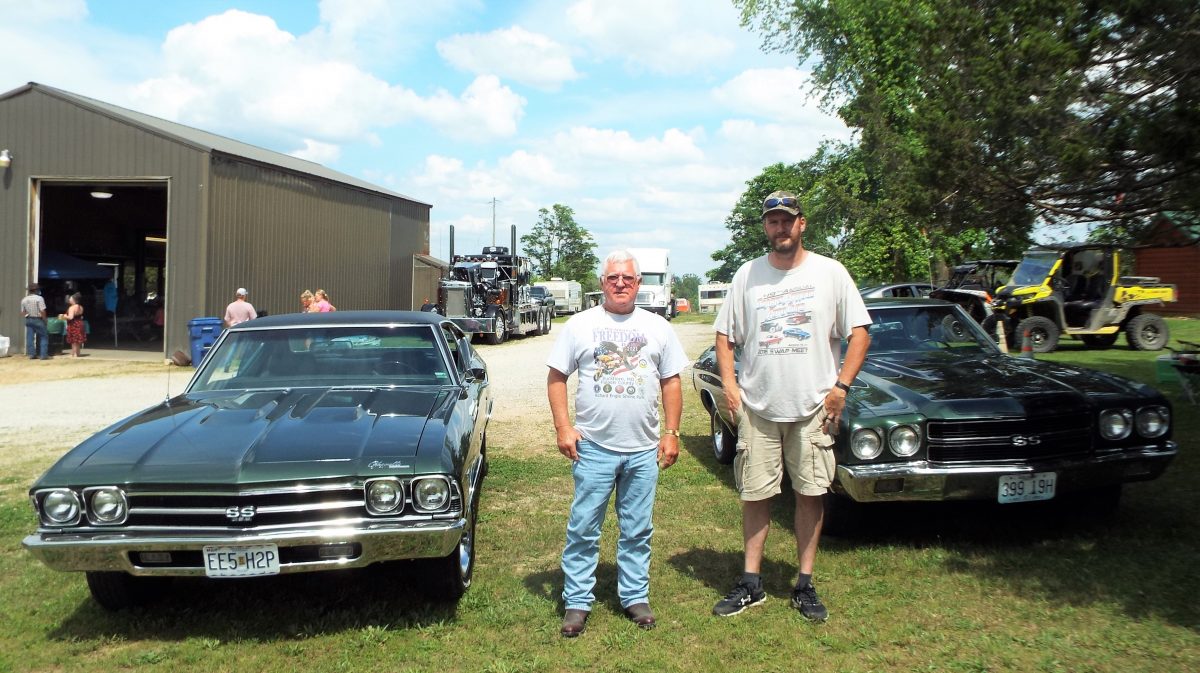 Photo by Christy Porter
Dennis King (left) and Doug Hebblthewaite (right), coordinators of the Kingtown Cruise In, stand beside vintage Chevelles, one of which King owns.

It was estimated that approximately 200 vintage cars and trucks and 10 motorcycles were on site over the course of the day. It was not possible to have an actual count as the participants came and went, some attending the rodeo festivities downtown and joining in the parade in the afternoon. A 1948 Peterbilt semi-truck with owner Jason Nichols was also showcased this year. Nichols does show tours with his immaculate Peterbilt.

Keeping the grill hot was Eileen and the kids as they cooked and served free hamburgers, cheeseburgers, hot dogs and accompaniments for those enjoying the vintage vehicles and bikes.

Tommy Gale, Jr. and Stephen Gale from Stevie’s Small Town Karaoke and D.J. provided vintage songs, and that with the rides present brought up memories of cruising and carousing in times gone by. Several family members and attendees who were present also shared fond memories of Danny Hebblethwaite, for whom the cruise in is in tribute.