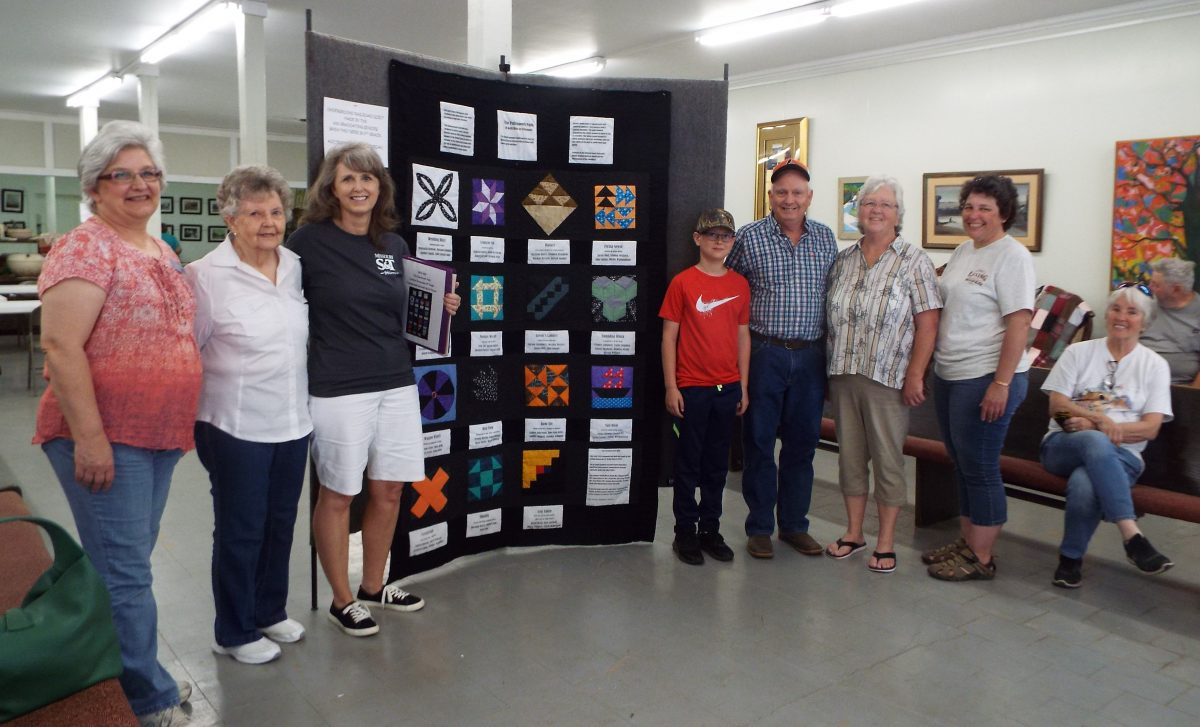 Photo by Christy Porter
Keith and Julie Chambers were the high bidders on the 2021 Graduating Class Underground Railroad Quilt that was auctioned off on Saturday. The quilt was made in the students’ sixth grade year, 2014 – 2015. Their son, Carson Chambers, worked on the Jacob’s Ladder quilt block in the quilt. The volunteers who helped the students make the quilt were Margaret Burch, Jackie Duncan, Tonya Huff, Iretta Larkey, Sara Reese, Reggia Ward and Carolyn Wulff. Suzanne Blackburn was their teacher. Pictured from left are Jackie Duncan, museum administrator; Margaret Burch; Julie Chambers; Ben Buckner, grandson of the Buckners; Steve Buckner, auctioneer; Pat Buckner; Suzie Blackburn and Reggia Ward. 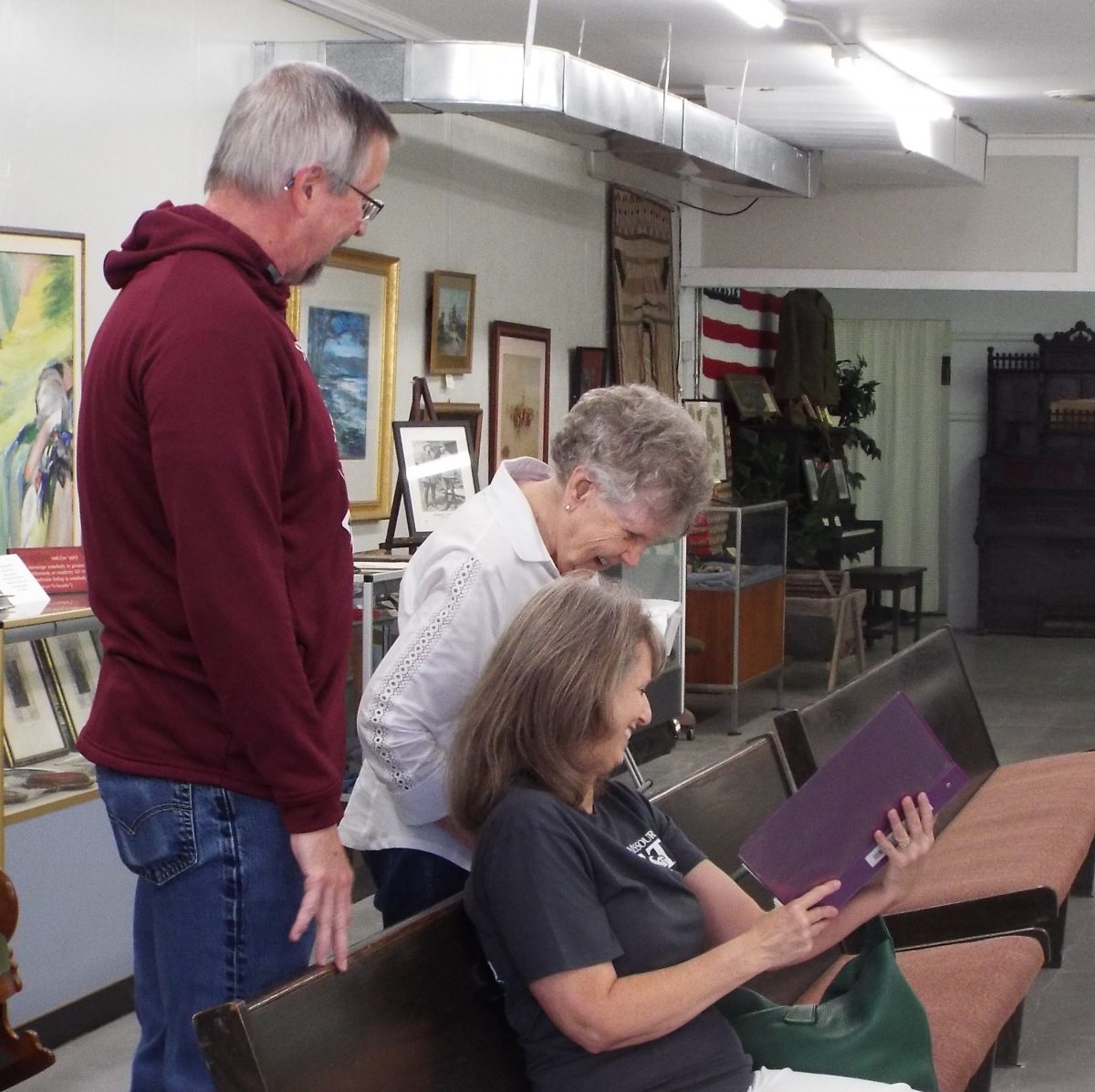 Photo by Christy Porter
Keith and Julie Chambers enjoy reminiscing with Margaret Burch as they look through the Underground Railroad Quilt book that is compiled by the students while handcrafting the quilt.