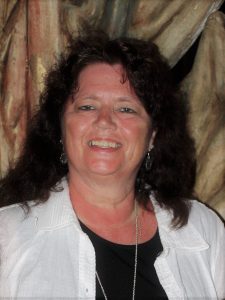 Dorothy Elaine Dewitt, daughter of Lee and Geneva Bradshaw, was born October 19, 1953, in Carter County, Mo. She departed this world on June 9, 2021, with her children at her bedside.

As a child she lived in Van Buren, Mo., before the family moved to Licking. Dorothy attended Licking High School graduating with the class of 1972. In August 1971, at the Houston Old Settlers Reunion, Dorothy met her true love, future husband and father of her children. On June 24, 1972, she was united in marriage to Peter David Dewitt and within this union they were blessed with a daughter and two sons. Dorothy was baptized on September 26, 2010, at the Roby Baptist Church in Roby.

As an adult Dorothy worked at the Brown Shoe Company and HD Lee in Houston, and Justice Furniture and Breech Medical center in Lebanon. In the early 1990s she attended night school and graduated from Phillips Junior College as a paralegal. Shortly after, she began working at the Laclede County juvenile office. Dorothy always had a compassionate heart and made her career serving others. She worked as a domestic violence advocate for the Cope shelter for battered women. While there, she easily connected with her clients and helped numerous women escape their abusers and re-establish in a safe environment. She also served as a liaison, supporting and accompanying them during court proceedings. Dorothy then worked for many years until her retirement as a victim advocate for the Greene County Prosecutor’s office. It was here that she established a purse donation effort to provide battered women with a purse of necessities as often they had left their purse behind when leaving their abusers.

After retirement she worked part-time for the Family Medical Walk-In clinic in Springfield. No matter where she worked, she made lasting friendships that she deeply cherished.

Dorothy was known to be a “talker”. She never met a stranger and once talked for 45 minutes on the phone to someone who had simply dialed the wrong number.

She was an avid reader and loved to spend her days lost in a good murder mystery book or sitting on the front porch, especially during a cool spring rain. She enjoyed shopping and was always looking for a new purse. Usually, it was so big she had to look for them in the luggage department. When she wasn’t reading, or shopping Dorothy loved to spend time with her family and friends. She was blessed with strong friendships and loved reminiscing from time to time.

Her grandchildren were the light of her life, and she would frequently brag about them to her friends. She enjoyed holiday gatherings, manicures with “her girls,” road trips and going to the lake with family. She was a free spirit and loved to just get out of the house and take a drive. Dorothy would always say “We’re not going to plan it; I will just show up and let’s just go”.

Dorothy was preceded in death by her husband, Pete Dewitt; her father, Lee Bradshaw; and one brother, Gary Bradshaw.

She is survived by her mother, Geneva Bradshaw; three brothers, Darrell and Carolyn McCall, Wayne and Lorna Bradshaw, Larry and Malena Bradshaw; two sisters, “Rocky” and Harold Hildebrand, and “Dinky” and Dave McCloud; one daughter, Christina Dewitt; and two sons, Tatem and Mandy Dewitt, and Trenton and Tara Dewitt. She is also survived by seven grandchildren, “Tody David” and “Tinker Lee” Schwarz, Emma and Ashlyn Dewitt, Cameron, Hunter and Gabe Dewitt; and one soon to be born, great-grandchild; several nieces and nephews.