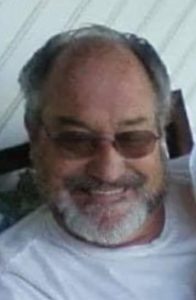 Dean is preceded in death by his parents, Rocial York and Iva Southworth; one brother, Dale Southworth; and two nieces, Shelli Vitale and Brette DeWitt.

Dean although bouncing around to different areas mainly grew up in the Licking and Raymondville areas. He graduated from Licking High School in 1960.

He married Judy Merckling on March 24, 1961, and they had two children.

Dean was saved and baptized at a young age along with his mom and a brother at Wildwood House of Prayer. He attended many churches throughout his life.

Dean, in his younger years, worked on many cars and trucks with family, while doing carpentry work for a living. After moving near St. Louis to work at Chrysler Corporation for 18 years before retiring to “his chair”. He and his wife, Judy, traveled to many areas around the country to site-see God’s beautiful scenery.

Dean loved his family and loved spending time with them. He loved being outside while they were playing and running around. He loved anything to do with cars. Most people never knew he was a fantastic artist at drawing houses and cars. He enjoyed buying, selling and trading up vehicles, which at one time travelled to Rochester, New York to trade a 2001 Chevy dually, straight across, for a 1930 Model A and drove the Model A back to House Springs, it took 9 tanks of gas!

Dean will never be forgotten, and memories will always be cherished.

Memorials may be made to Boone Creek Cemetery in lieu of flowers. Online condolences may be made at www.evansfh.com.

Visitation is Friday, June 25, 2021, from 10 to 11 a.m. at Evans Funeral Home with Services beginning at 11 a.m. in the Chapel with Cody Neugebauer officiating. Burial is in Boone Creek Cemetery under the direction of Evans Funeral Home. Pallbearers are Kiley Gilley, Joshua York, Janney Gilley, Jacob York, Tony Golick and Mason Gilley.