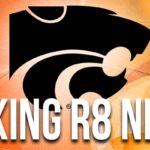 The Licking R-VIII School Board met for their regular board meeting on June 14 at 6 p.m. The consent agenda was approved by the board before moving on to items of business.

The board approved the following surplus property: a Bad Boy mower, hard drive cameras, a Victor wood furnace, a Whirlpool oven and stove and a John Deere 850 tractor (which would be replaced with a larger tractor for better blading of the parking lots). A silent auction will be held June 24 for small furnishings and tech equipment at the Sackett Street storage house.

The Seamless Summer Option for food service continues for the 2021-2022 school year. This program provides free breakfasts and lunches for all enrolled students.

Elementary principal Brad Cooper presented a report on reading improvement and dyslexia, prepared by Amanda Floyd. The Pathways to Reading program is being used by the district, and screening has identified 76 elementary students who are on the watch list for dyslexia. These students may not be diagnosed with dyslexia but may benefit from interventions to assist in their learning.

Mr. Cooper presented the elementary handbook, which also will include Chromebook guidelines and rules regarding locker use. Incoming elementary principal Julianna Thrasher was present to hear details.

Supt. Cristina Wright shared the summer maintenance report. Landscape repair is scheduled. Library flooring is in the works, and waxing is in progress. Classroom swapping at the high school is being done, and repair to the high school basketball goal is underway. The asphalt parking lots, track and tennis court will be recoated and striped the week of July 19. Companies have been contacted for estimates regarding the high school bat issue.

The salary study was moved to closed session. “Details regarding salaries for teachers and administrators in the central region of the state were shared with Board members in preparation for next month’s salary conversations,” says Supt. Wright.

Supt. Wright presented an ESSER II fund expenditure update. ESSER II funds have been received and will be used, in part, to replace the modular homes. Both current trailers are being moved out and sewer and concrete work will begin Monday, June 21 to make the site ready for the new modular classroom building. ESSER III funds require the district to share safety protocols related to controlling the spread of contagious diseases, and those will be posted on the school website by June 23. The district must also gather feedback from stakeholders regarding ESSER III expenditures. A meeting is planned in the FEMA building July 12 at 7 p.m., with all patrons encouraged to attend, especially if you are interested in future capital projects.

A CPI Agreement will be entered into with Plato School District which will allow Mr. Cooper to utilize his CPI instructor skills to train both Licking and Plato staff members for the next two years regarding safe holds.

MSBA policies regarding MOCAP courses were approved and adopted by the Board.

Lumen was renewed with a contract lasting through the 2022-2023 school year.

In other discussions, Supt. Wright reported that students will not have an option for in-house full-time virtual learning for the next school year, and the attendance policy will also resume. Assistant Baseball Coach Cole Roark has purchased the building at the junction of Hwy. BB and Hwy. 63, south of Licking, and is renovating it for an indoor practice facility. The district will clean its storage out of the old Rawlings building once the practice equipment has been moved.

The board moved to closed session.

In a recap of the meeting, Supt. Wright welcomed Ms. Vanessa Floyd to the track coaching team and Mr. Chris Harris as Bridges teacher and JV basketball coach. She indicated more information will be forthcoming from Dr. Rinne and Mrs. Keeney regarding Dr. Rinne’s proposal for graduation honors to be adapted. Also, the district has purchased a 2018 Chevy Malibu for use when individuals are traveling alone or with a smaller number of passengers as a measure of increasing fuel efficiency.