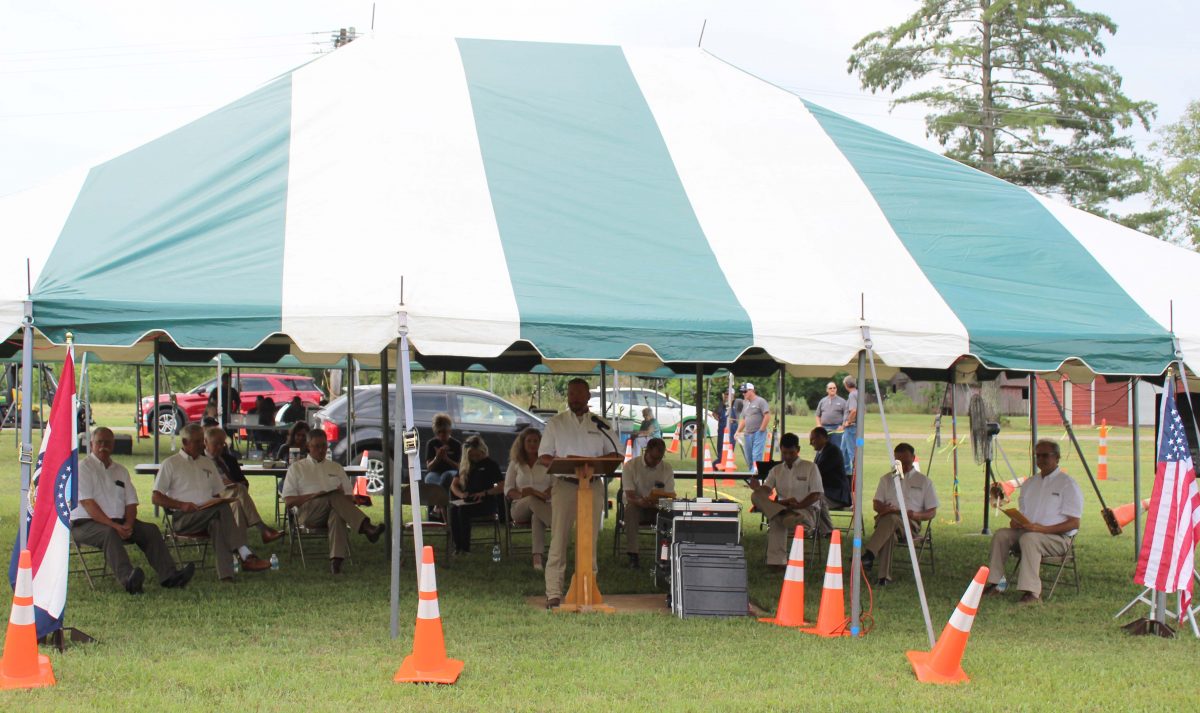 The 2021 Annual Meeting of the Membership for Intercounty Electric Cooperative Association (IECA) was held in a similar fashion to last year due to continuing concerns for social distancing. As in 2020, only the business meeting component of the annual assembly was held.

Mail in voting was streamlined this year, with those mailing in their ballots or voting on-site Friday eligible for the drawings for electric credits. The nominating committee met April 7 and nominated those directors whose terms are currently expiring to be candidates for the next term, Samuel S. Auxier, North District, Michael H. Smith, Central District, and Doyle E. Bradford, South District. No other candidates were nominated by the members present at Friday’s meeting.

During the President’s Report, Board President Matthew A. Duncan highlighted the co-op’s response to the extremely cold weather in February, which strove to keep member bills within their individual household budgets. He also encouraged members to participate in Operation Round Up, which rounds up their energy bill to help those in need. In the past year, 975 new participants enrolled in the program. This was 25 short of the goal of 1,000, so the promise of ice cream if the goal was met will be carried over to next year.

IECA CEO Doug Lane presented the Manager’s Report. A new option for member voting this year was electronic voting at the meeting. Also new this year is Movie Night at the Park.

A family movie night is being held monthly, May through October, at different locations throughout the service area. Licking held the first event on May 1 at the IECA pavilion, June 12 was in Summersville, and on July 10, “The Croods: A New Age” will be shown at the Roby Citizens Center at 8 p.m. The August movie is being planned for Salem. Movie nights will be posted on the IECA website, www.ieca.coop, and the co-op is working with communities to provide an opportunity for a fundraiser event, selling concessions at the movie. Admission is free; bring your own lawn chair or blanket and snacks, if you desire.

After the vote count, the meeting reconvened to announce the results, with the nominees elected to their respective districts. The electric credits were drawn as well. Wayne Hackman of Licking won the $600 credit. Credits of $200 went to Eternal Springs, LLC, in Rolla and Reid Blaker of Cabool. Carolyn Bunch, Mtn. Grove; Robert Bowen, Cabool; Katherine Stuart, Summersville; and David Fererro, Rolla, each will receive a $100 electric credit.

Plans are to resume the full-day annual meeting at Licking’s Old City Park in 2022.