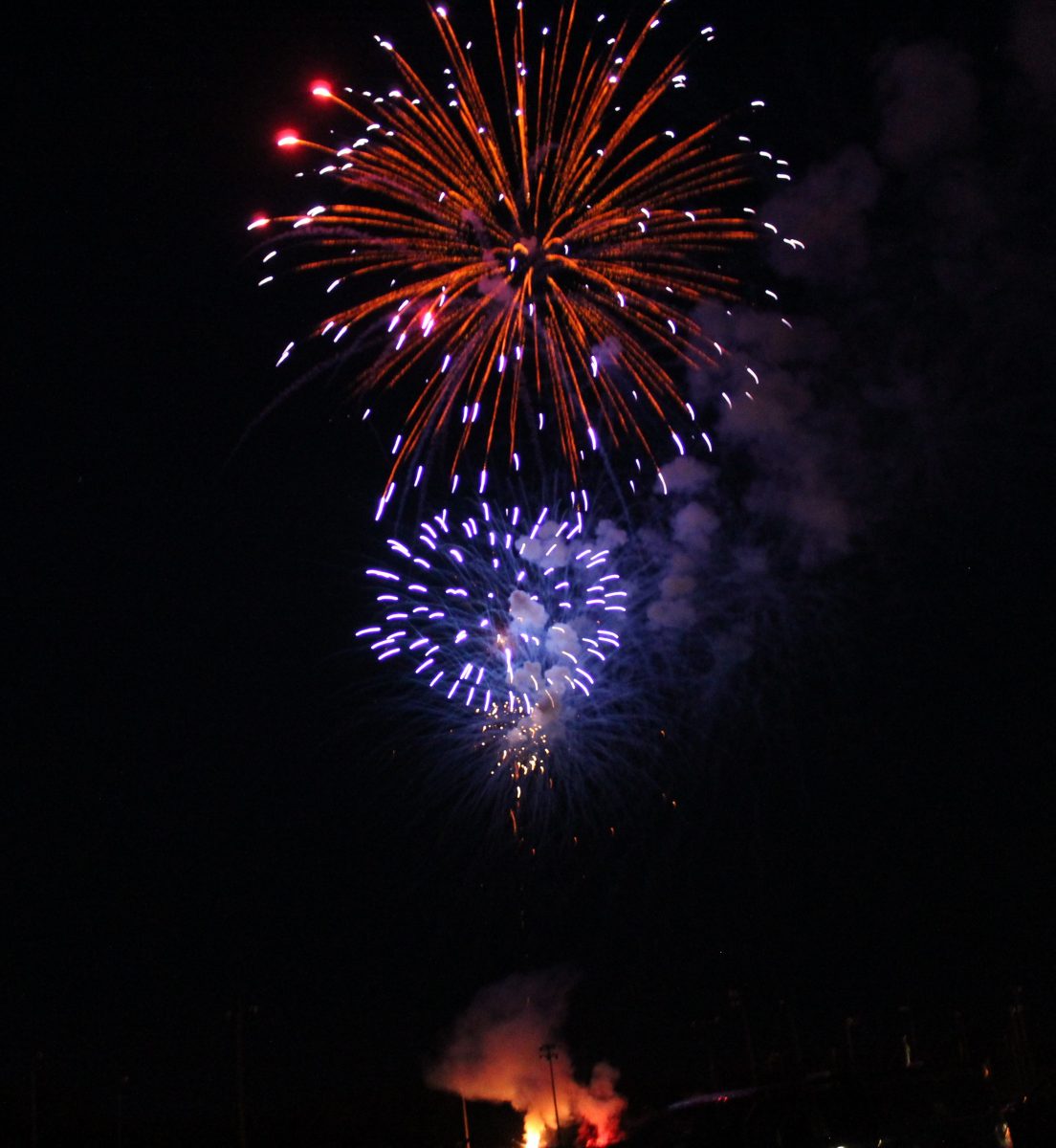 Licking celebrated Independence Day with an afternoon and evening of activities at Deer Lick Park and a parade on Main Street, culminating in a grand fireworks display at dark. 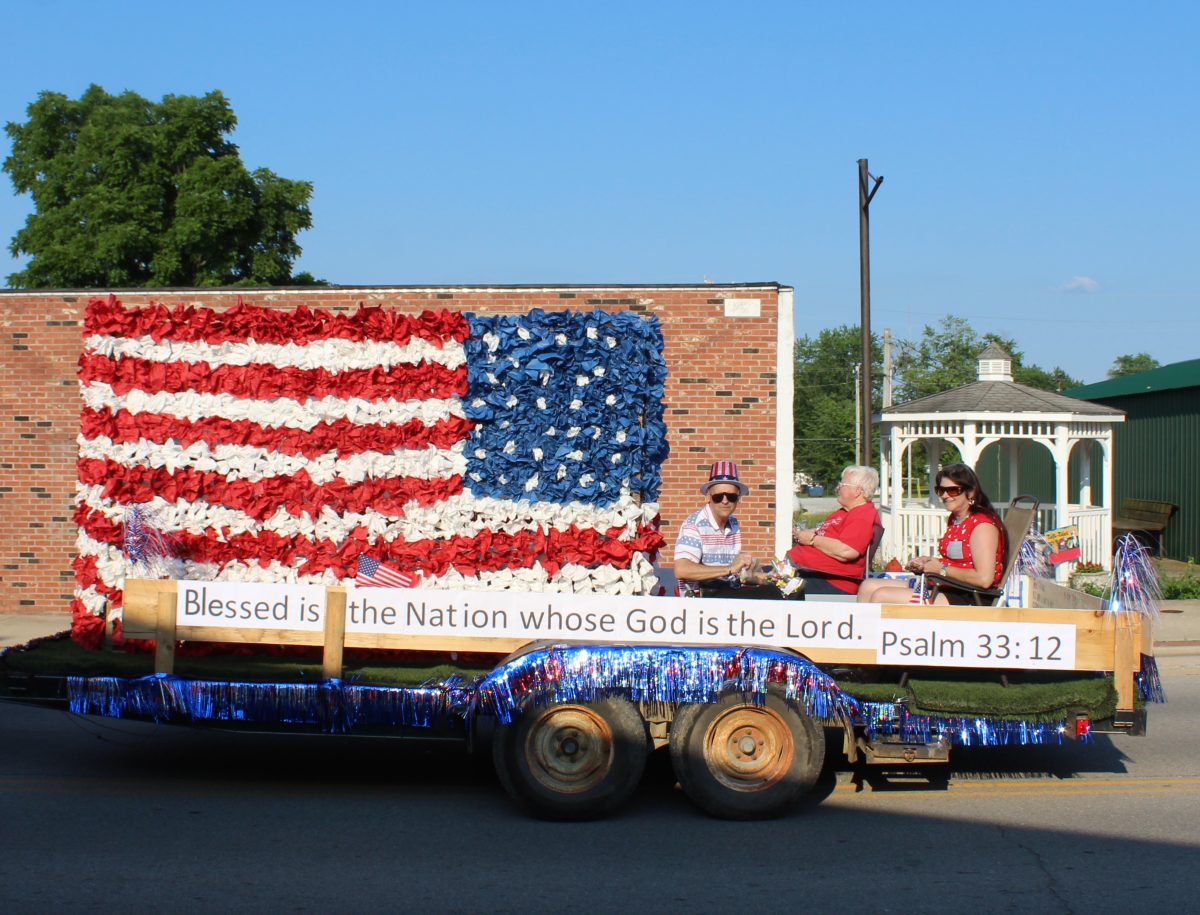 The Wildcat Travel Club kicked off the event with a cornhole tournament, and vendors began setting up to offer their wares, including the travel club offering their ice cream treats and raffles for a quilt and for cornhole boards. The patriotic quilt, made by the Restorative Justice program at SCCC, was won by Janet Jackson, of Licking. Tina Williams, of Licking, won the cornhole boards. 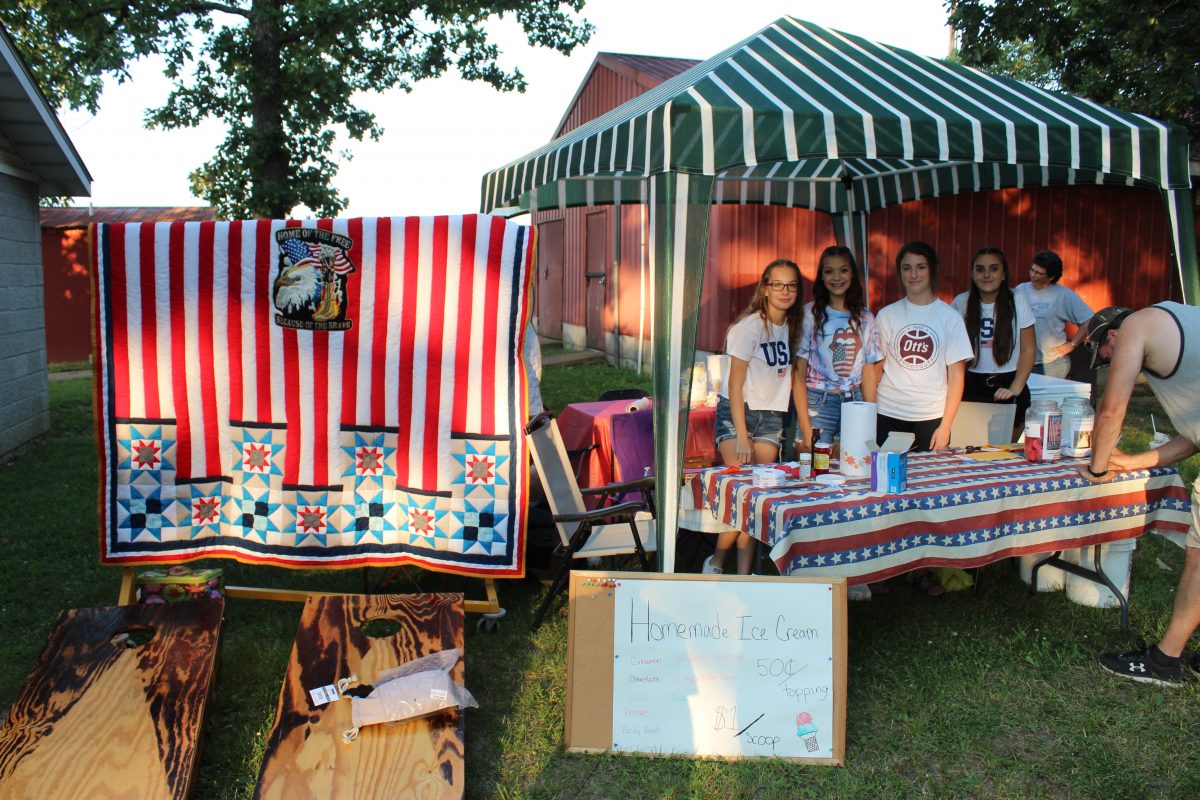 Photo by Shari Harris
Members of the Wildcat Travel Club sold homemade ice cream and raffled a patriotic quilt Saturday at the park.

Whether you enjoyed the travel club’s ice cream, or cotton candy, popcorn, sno cones and drinks at the pavilion, or frozen custard at Custard by C-Sue, there were treats abounding at the park. Food for Your Soul Catering was also on hand with burgers, hot dogs, Philly cheese sandwiches and fries.

The Knights of Columbus held their gun raffle at the pavilion, and the Rt. 63 Car Club sold t-shirts and raffle tickets for their bench raffle and quilt raffle coming up at their car show July 10. Bridge Builders was also selling tickets for a Marlin 30-30 rifle with scope they will be drawing for in October.

Don and Jerry Barton with Paparazzi Accessories had a wide assortment of jewelry and hair accessories to tempt shoppers as well.

At 5 p.m., parade organizer Haley Floyd-Joyner took on a nearly impossible task of lining up a parade with nowhere to line them up. The Saturday paving of the school parking lot meant the site was unavailable. Thanks to her persistence, a nice parade made its way down Main Street shortly after 6 p.m., to the delight of all who lined the curbs.

The parking lot, overflow parking and street parking were full by the time the fireworks began. A half-hour show of lights awed spectators, while booms crescendoed through the air. Volunteers from the fire department ensured safety during the event, and the police department directed traffic afterward to get people to their destinations safely.

A big thank you is owed to Debbie Cook, who spearheaded the organization of the fireworks show this year, Floyd-Joyner for the parade, Suzie Blackburn who organized the travel club events, and all of the volunteers, vendors and workers whose individual contributions and group efforts made the day possible.